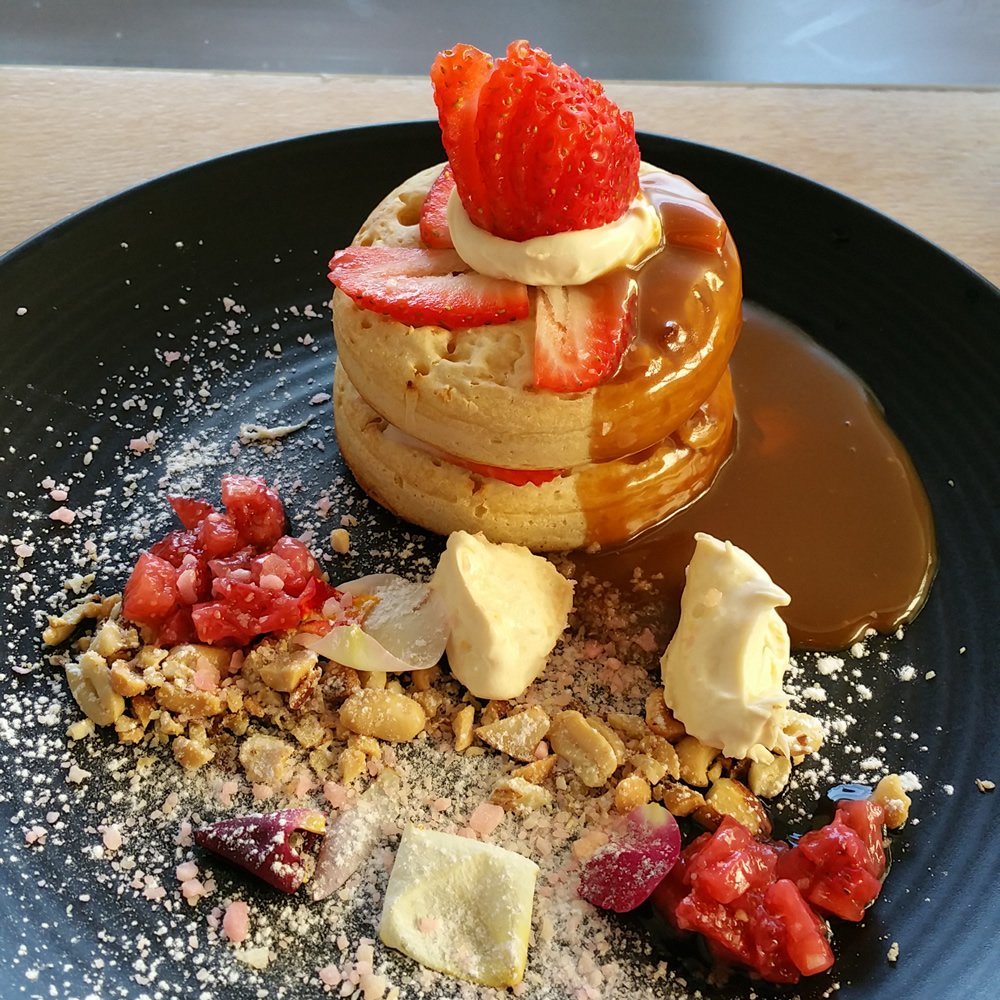 Breakfast at Architects and Heroes has been on our “to do” list for a while, however it’s been ridiculously busy the few times we’ve tried so we went elsewhere. I had cause to be in Subiaco over much of the Anzac Day long weekend, so I was determined to get in early on Sunday and find out what the fuss was all about. Speaking of early, I was impressed that they open at 6:30am every day, although it turns out that this is for coffee only – the kitchen doesn’t open until 7:30am. Fair enough, but more of that in a bit…

So I don’t like to be negative – and I really don’t like to start with one – but chronologically-speaking things didn’t begin well. I arrived just before 7am, and stood at the counter quite clearly reading the menu and mumbling about crumpets, not realising that the kitchen wasn’t open yet. It would have been nice to have been told that before I tried to order and the situation became awkward, although in the assistant’s defence she did offer to see if the chef could start cooking early but they had left the premises.

I decided to have a coffee and wait, so ordered a cappuccino only to be informed that they don’t put chocolate on top. That didn’t bother me at all, and informing customers of that is definitely a good idea, but doing it in a condescending manner is just not necessary. I happen to like a cappuccino with breakfast – I like it sweet, too – but that doesn’t make me a complete coffee ignoramus. As it turns out, I received a flat white – complete with a great latte art swan, alas it was too dark to photograph with my phone – which was okay but nothing spectacular.

As Edina said in Absolutely Fabulous: “You only work in a shop you know, you can drop the attitude…”

Onto the positives. I had to try the famous crumpets with macerated strawberries, vanilla mascarpone, butterscotch, mixed nuts and popping candy ($17) which you’ve probably seen on Instagram. This is a spectacular plate, you can even hear the candy popping when the dish is put in front of you. The crumpets aren’t particularly sweet, which is okay as just about everything else on the plate is, and it tastes as good as it looks.

Architects and Heroes’ “seasonal menu” is available from 7:30am to 2:00pm, and currently includes interesting items such as smashed avocado on toast with Egyptian dukkah, 63° egg & aerated hollandaise ($18), panna cotta garden with chocolate soil, berries & house-made muesli ($17), bourbon BBQ baby back ribs with paprika buttered corn & slaw (yum!) ($26) and a selection of well-priced toasties including chilli, salami & cheese ($7), 16-hour cooked rare roast beef with tomato relish ($9) and 36-hour slow cooked pork with house-made bourbon BBQ sauce ($9). Something to please everyone, I would have thought.

I ordered a mocha with my crumpets which was very nice, good quality chocolate in use here. It came in exactly the same cup as my flat cappuccino, and you couldn’t tell the drinks apart to look at. That doesn’t detract from the taste at all, but I expect many new customers will think that they’ve been given the wrong drink. Like a cappuccino with no chocolate. Or foam.

I went back on the next day (Monday), and was happy to find the service a lot friendlier. Even though I arrived a little early again (about 7:15) I was given the opportunity to place my food order, and my breakfast arrived in front of me at almost exactly 7:30 which was appreciated.

My coffee – today a long macchiato – was much better than on Sunday, and again it was served in the same cup. Definitely a theme here. Damn good coffee, though.

Unfortunately, I was unable to hear myself think while drinking it. This may make me sound like an old fuddy-duddy (okay, I guess I am one) but if the staff and customers have to shout at each other over the music, it’s too loud. We’ve all got bills to pay, dude.

I’ve been craving another 63° egg since my visit to Asado, and seeing them on the menu here I ordered the full breakfast ($22) with 63° egg, toast, Elmar’s continental bacon, mushrooms, chipolatas, hash brown and beans. When the dish was put in front of me my first thought was how anaemic it all looked – particularly the chipolatas and hash brown – and I’m sorry to say that the best thing on the plate was the toast. The mushrooms were huge and way too strong for breakfast. The bacon was super-crisp but also super-salty and the rind had been left on, which left an unpleasant burnt fatty taste in my mouth. The chipolatas were okay, although the “hash brown” was strangely chewy and uninteresting.

This picture was very popular on Instagram, but these yolks were just too firm for me – shouldn’t a 63° yolk be runny, like this? Note that boring old fried & poached eggs are not available, just scrambled and 63°. Are you sensing the theme here? Back to Asado for me.

I was ultimately disappointed with my two visits to Architects and Heroes, crumpets aside – for me, the arrogance of the staff and general attitude of the place detracted too heavily from the positives. I won’t be going back, until I grow a hipster beard. 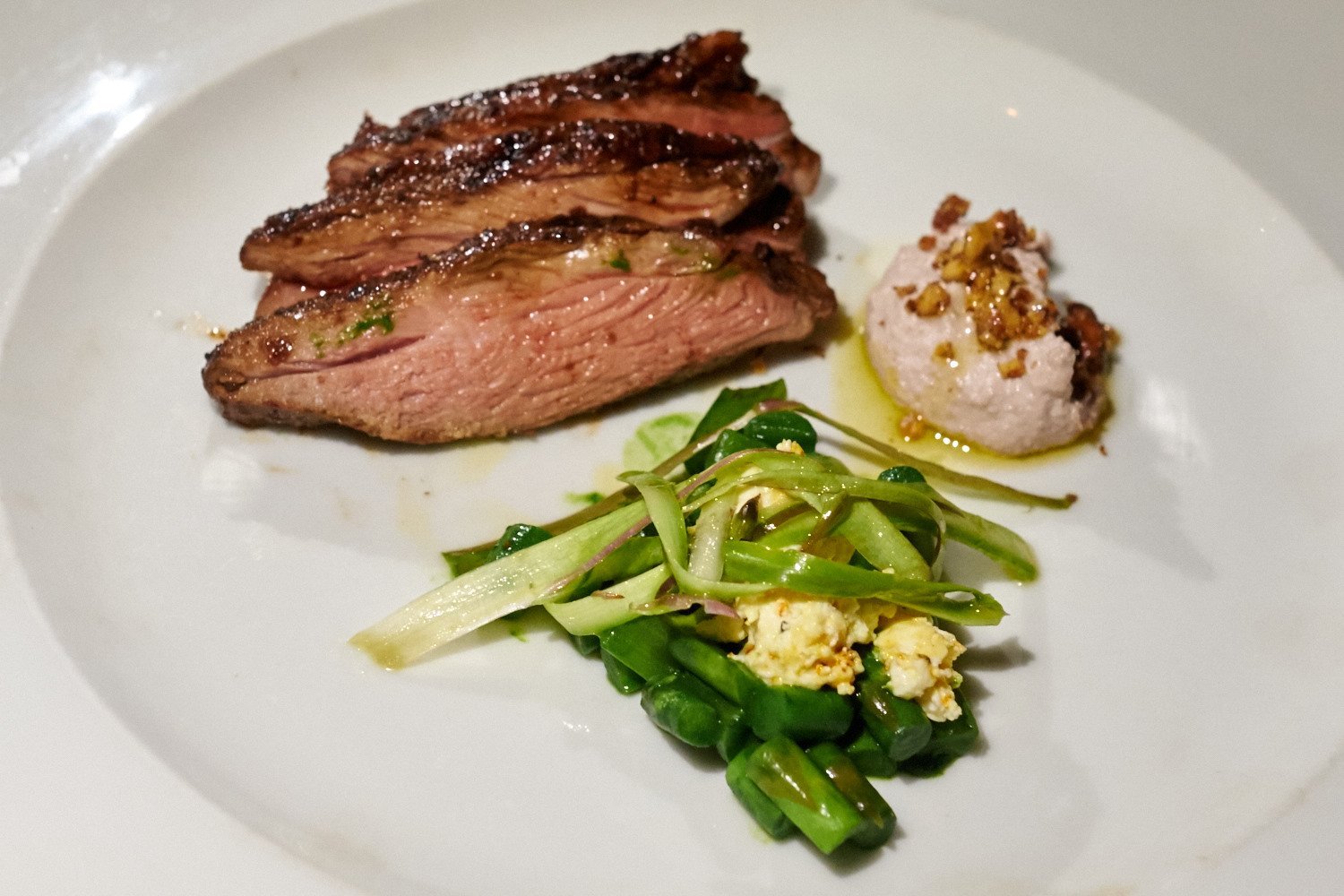 “A Taste of Must” – celebrating asparagus at Must Winebar, Highgate 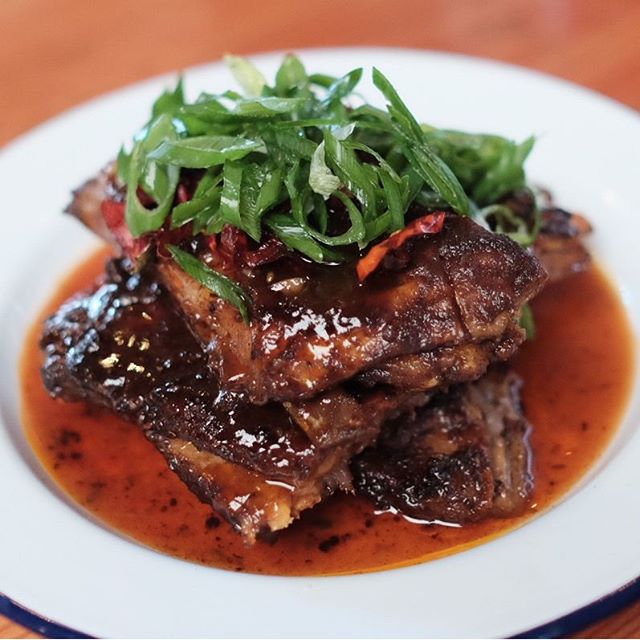 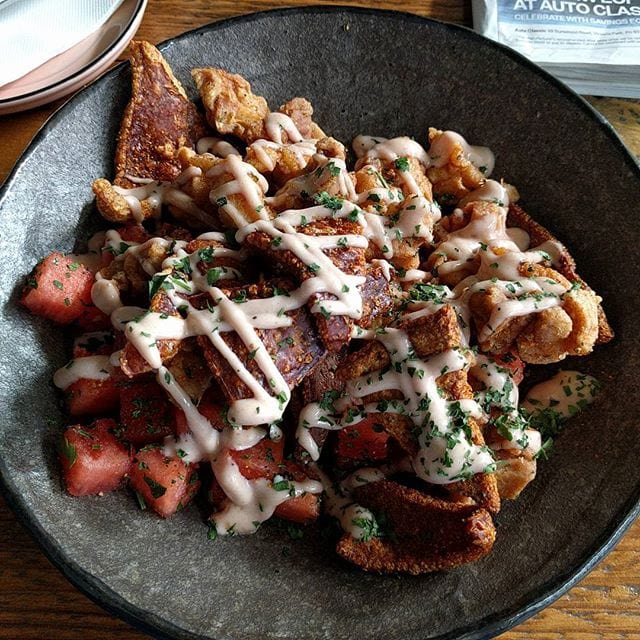 Amazon Tests Supermarket With No Checkout