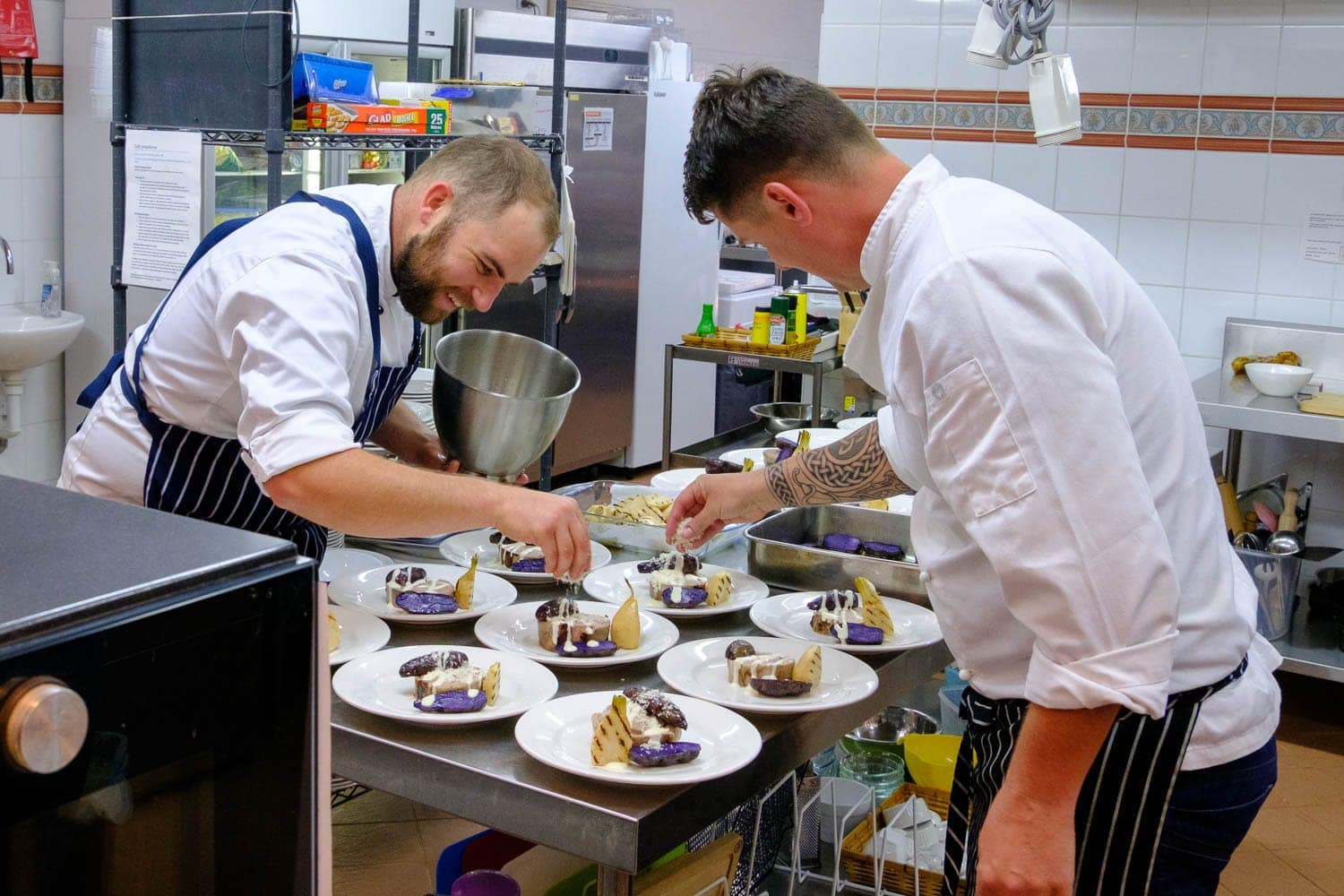 Taste Great Southern is an annual festival that celebrates the food and wine of the Great Southern region of Western Australia, based around the major centres of Albany, Denmark, Mt Barker, Kojonup and Katanning. The 2017 festival was held over 18 days in March and April, and I attended as a guest of the festival on the second weekend.

I drove from Perth to Albany on the Friday which gave me time to settle in, get my bearings and head to Liberté for dinner before hitting the road again on Saturday.

My first event was the “Farm Flavours” long-table lunch in the rural town of Ongerup. Thankfully there was some picturesque scenery to keep me awake on the 150km drive.

The lunch venue was the Yongernow Malleefowl Centre, the only real attraction for visitors to Ongerup and home to several live malleefowl. Being an endangered species, however, they weren’t on the menu.

My experience at the Centre started out a little awkwardly, with all assuming I was the companion of a camera-wielding malleefowl enthusiast who happened to arrive at the same time. Feeling like I was trapped in a bad Aussie telemovie, but with no trust-winning heroic deed to perform, I was eventually welcomed to the table and treated to an afternoon of  friendly and interesting conversation.

The other guests seemed genuinely interested in my work, despite many being hard-working farmers and me being…well, me (or “the critic”, as I was mostly referred to).

Kiren was ably assisted by chef Harry Nijsen and they produced three beautiful courses, despite working in a kitchen clearly much smaller and less equipped than they were used to. They had cooked together at another festival event, the Taste of Gnowangerup, on the previous night.

The 2006 census recorded Ongerup as having a population of just 119, so it seems that about a third of the town joined me for lunch. I learnt that this event is a highlight of the Ongerup social calendar, with a key part of the afternoon being to present the guest chef with scores for each dish. This tradition began when Herb Faust cooked there a few years ago.

All in good spirits, the scores for Kiren’s dishes varied from harsh to not-quite-as-harsh, except for dessert which was the clear winner.

A 300km round trip might seem excessive for lunch, but this was a unique experience that will stay with me. I travelled to a remote location and met a group of people that I would never encounter in my everyday life, all thanks to our collective love of good food. When Taste Great Southern comes around next year, this is an event you should consider making the effort to attend.

Just make it clear why you’re there when you arrive.

Many of the guests, being farmers used to big meals, felt that this entree was too small and needed a second prawn.

Without wanting to sound like I watch too much TV, I felt that the components of this dish were all quite mild in flavour and it needed a rich sauce to give it some “oomph”.

I felt this dish needed some texture, repeatedly wishing a disc of shortbread would appear halfway down the glass.

See below for some more pictures from the lunch. I’d like to thank Taste Great Southern for sponsoring my visit to the festival, the people of Ongerup for their hospitality, and Kiren and Harry for feeding us so well. 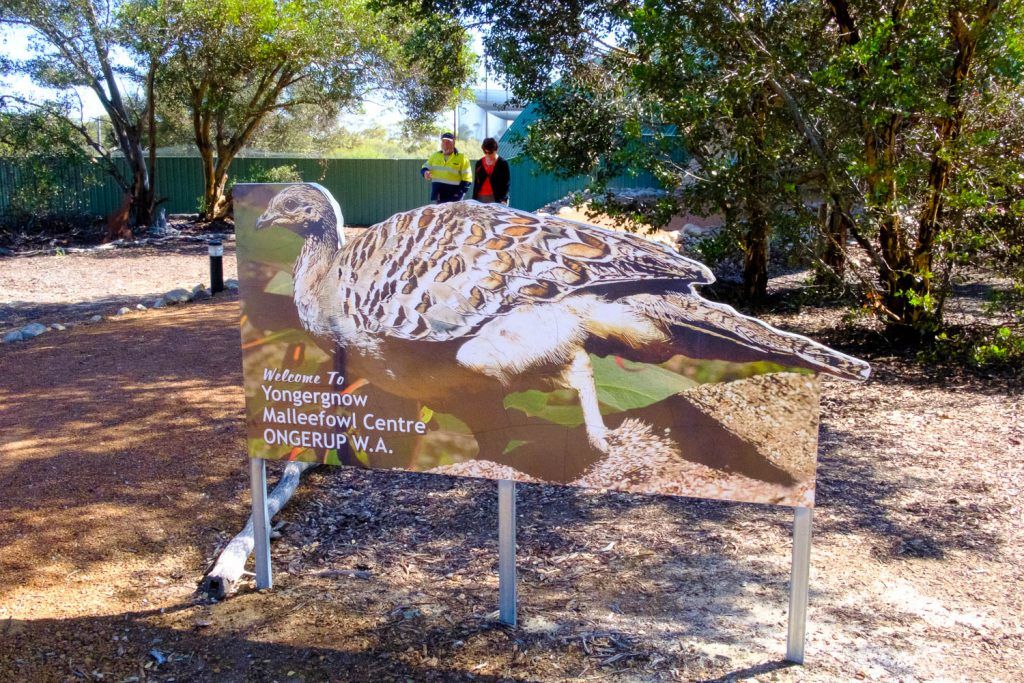 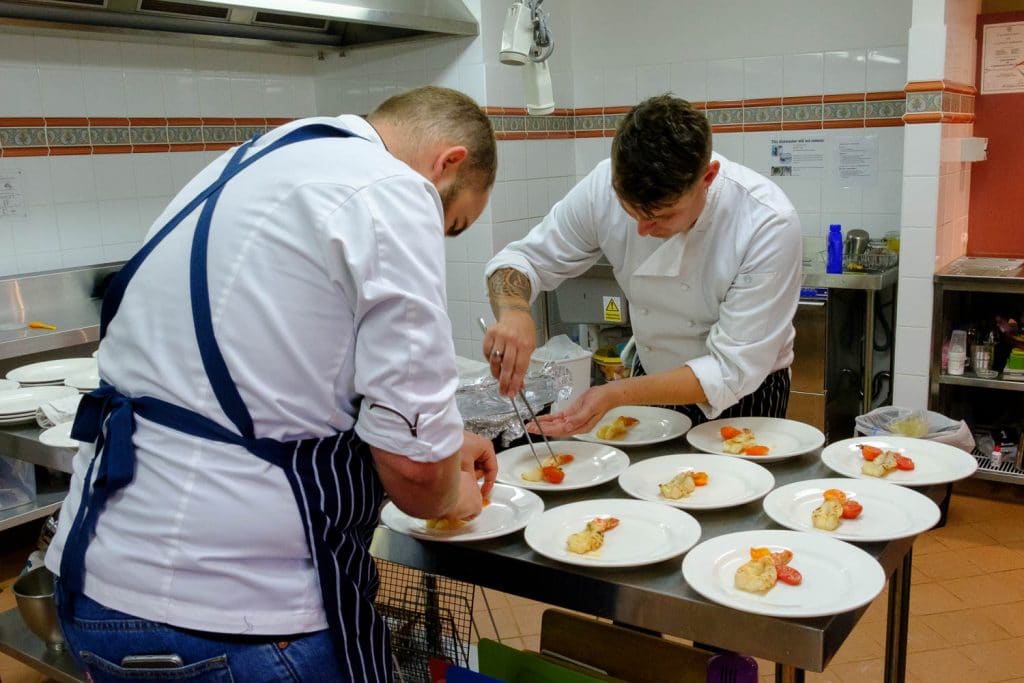 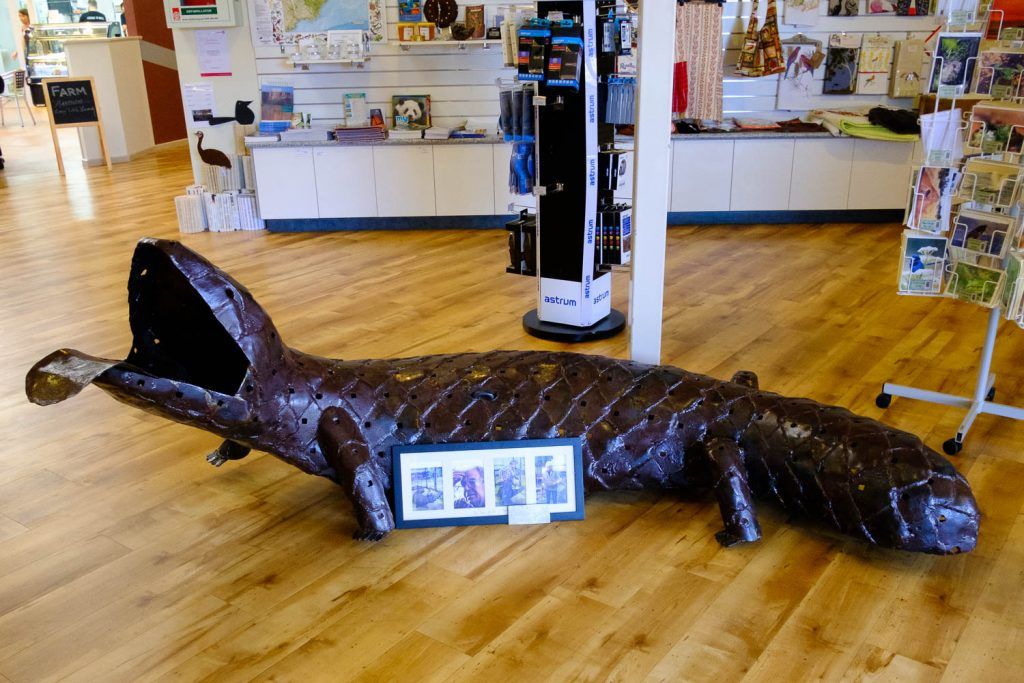 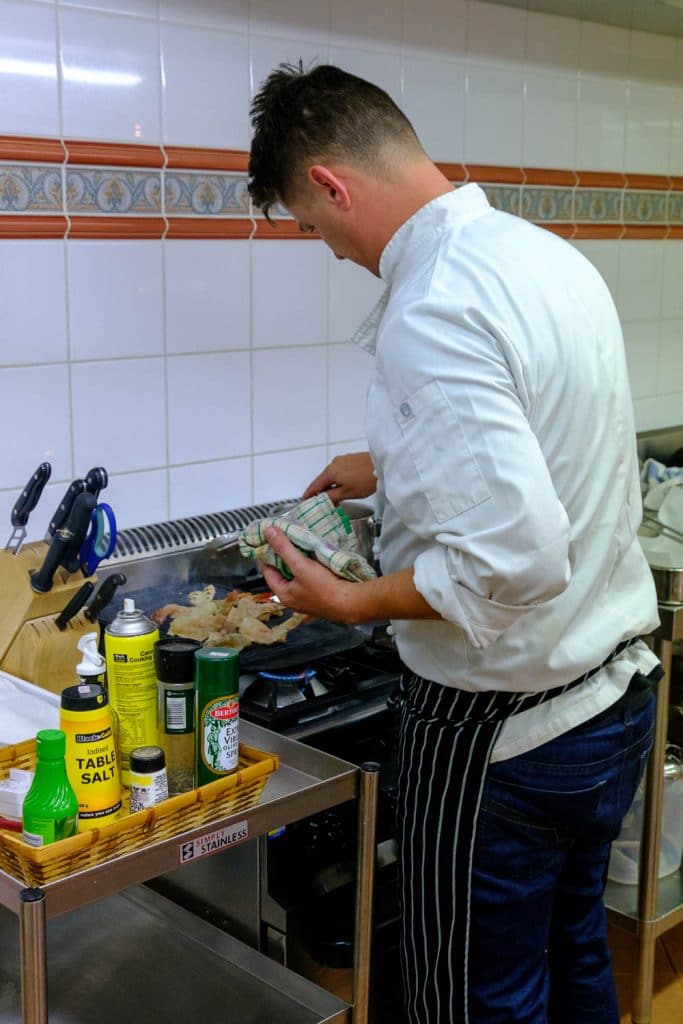 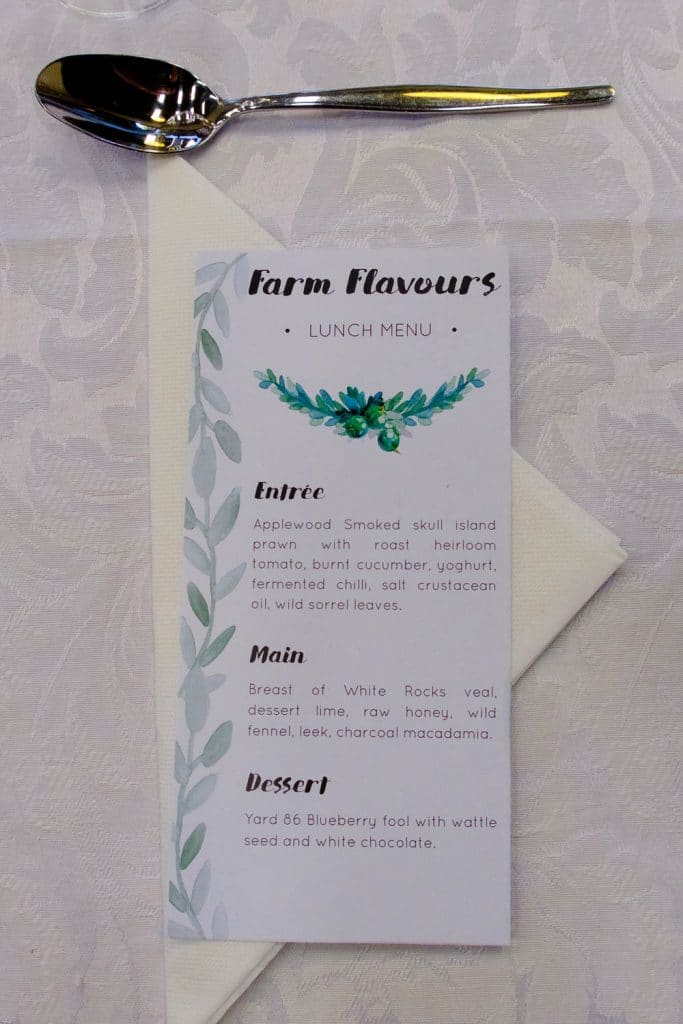 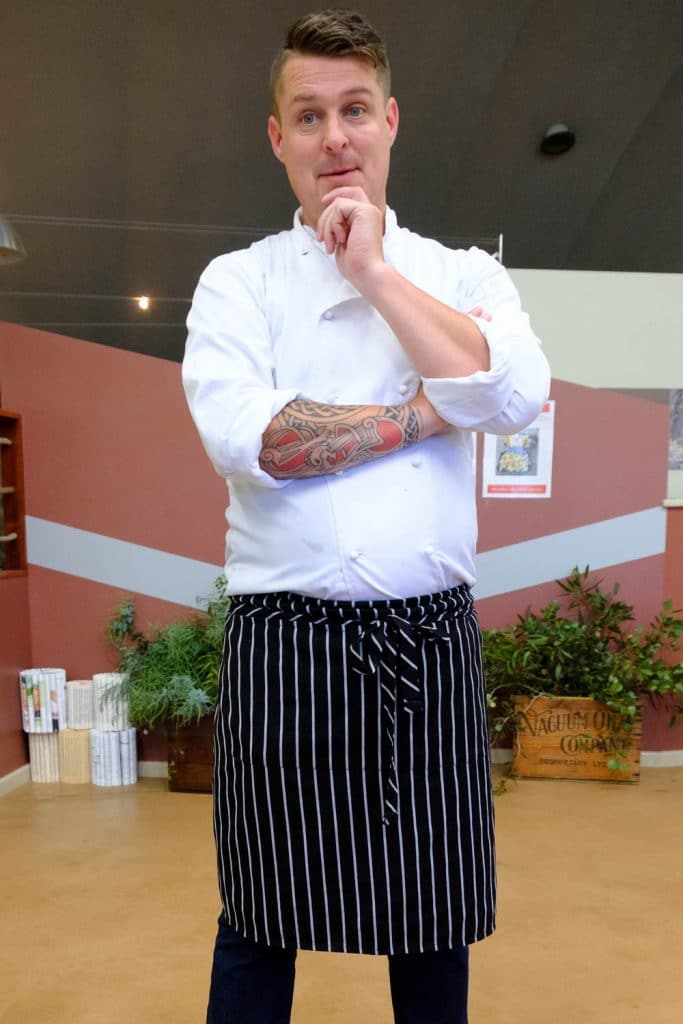 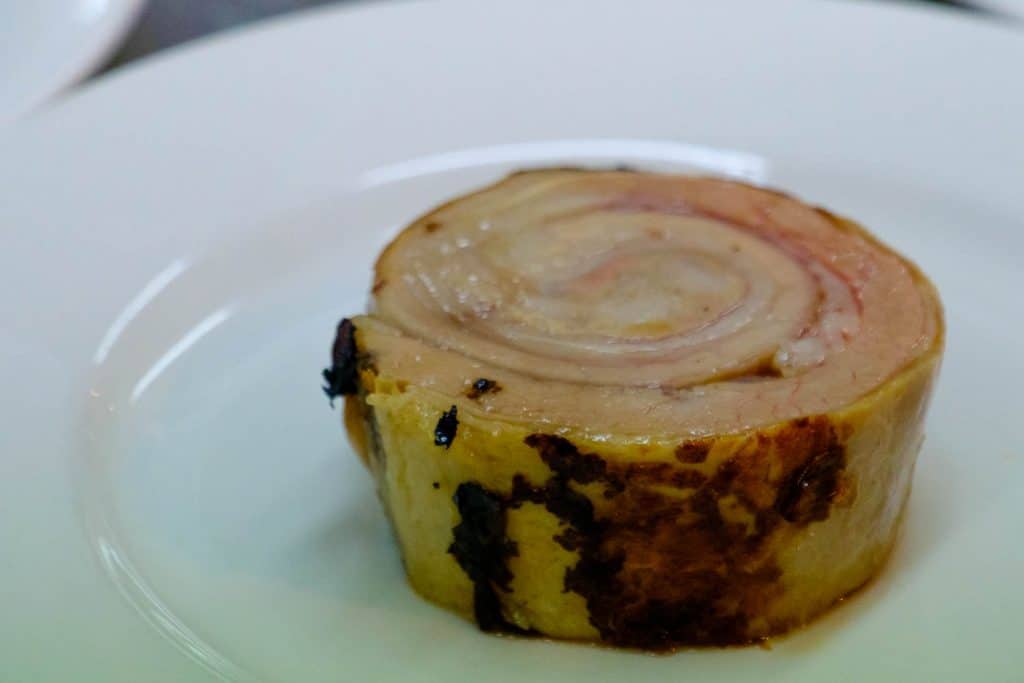 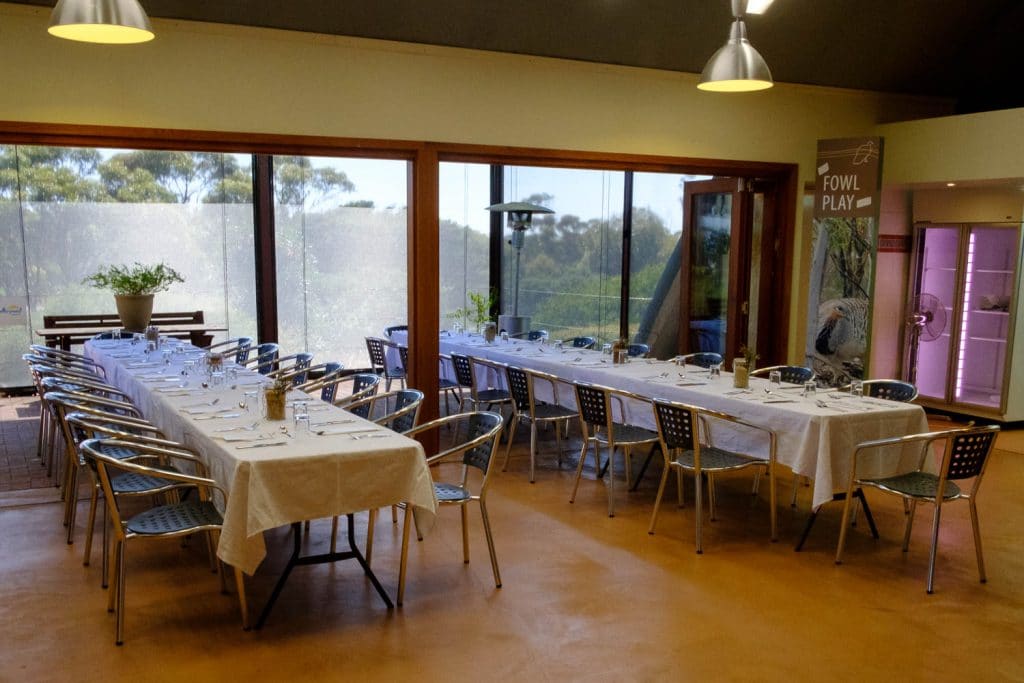 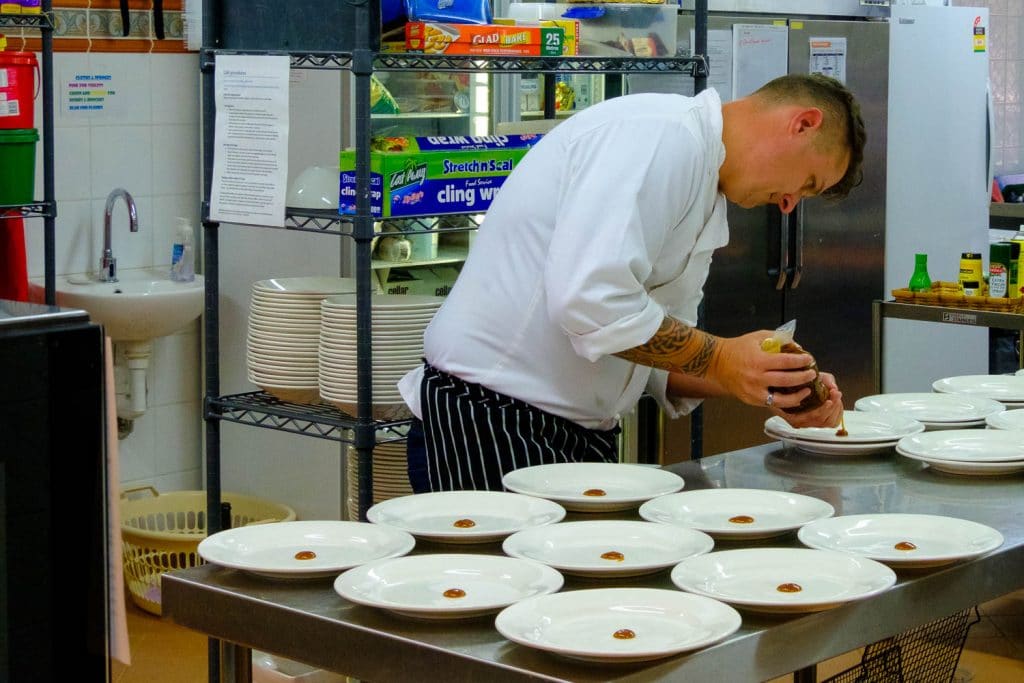 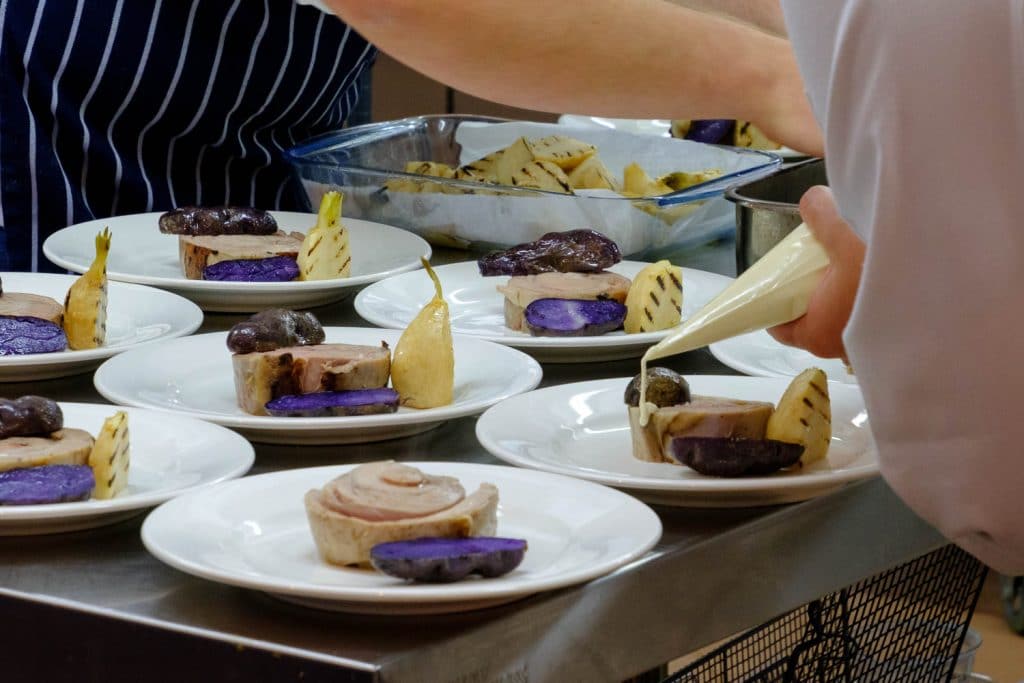 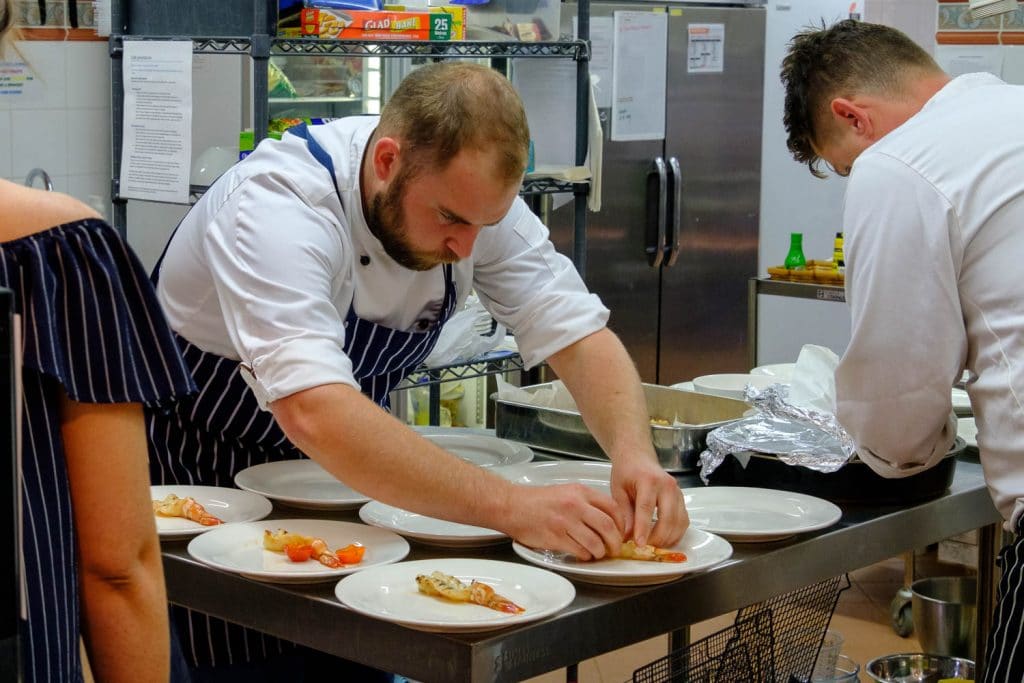 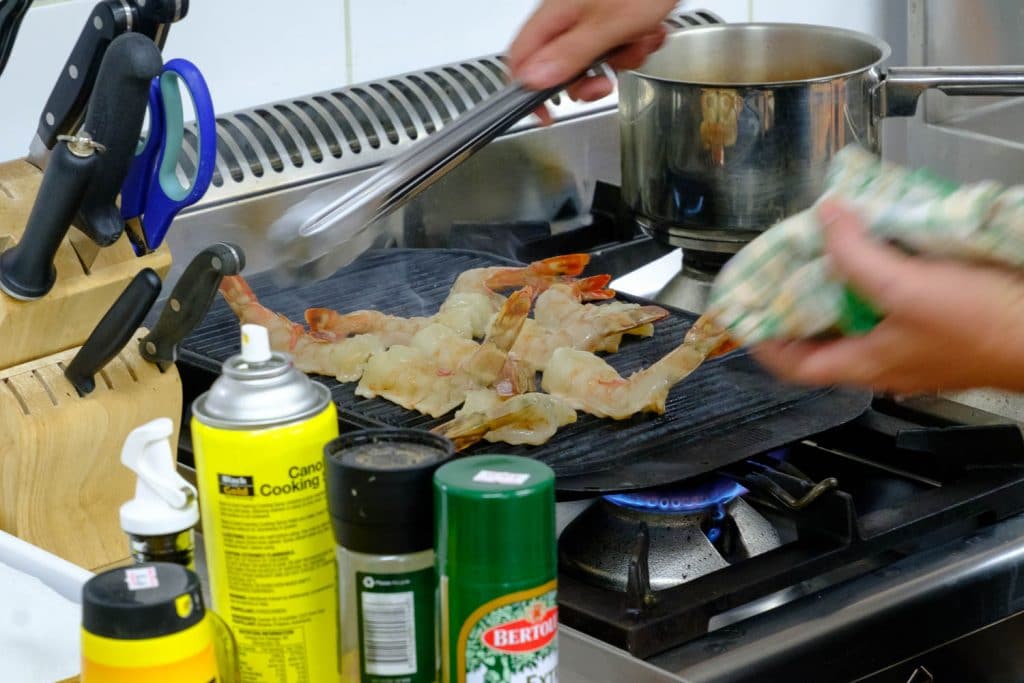 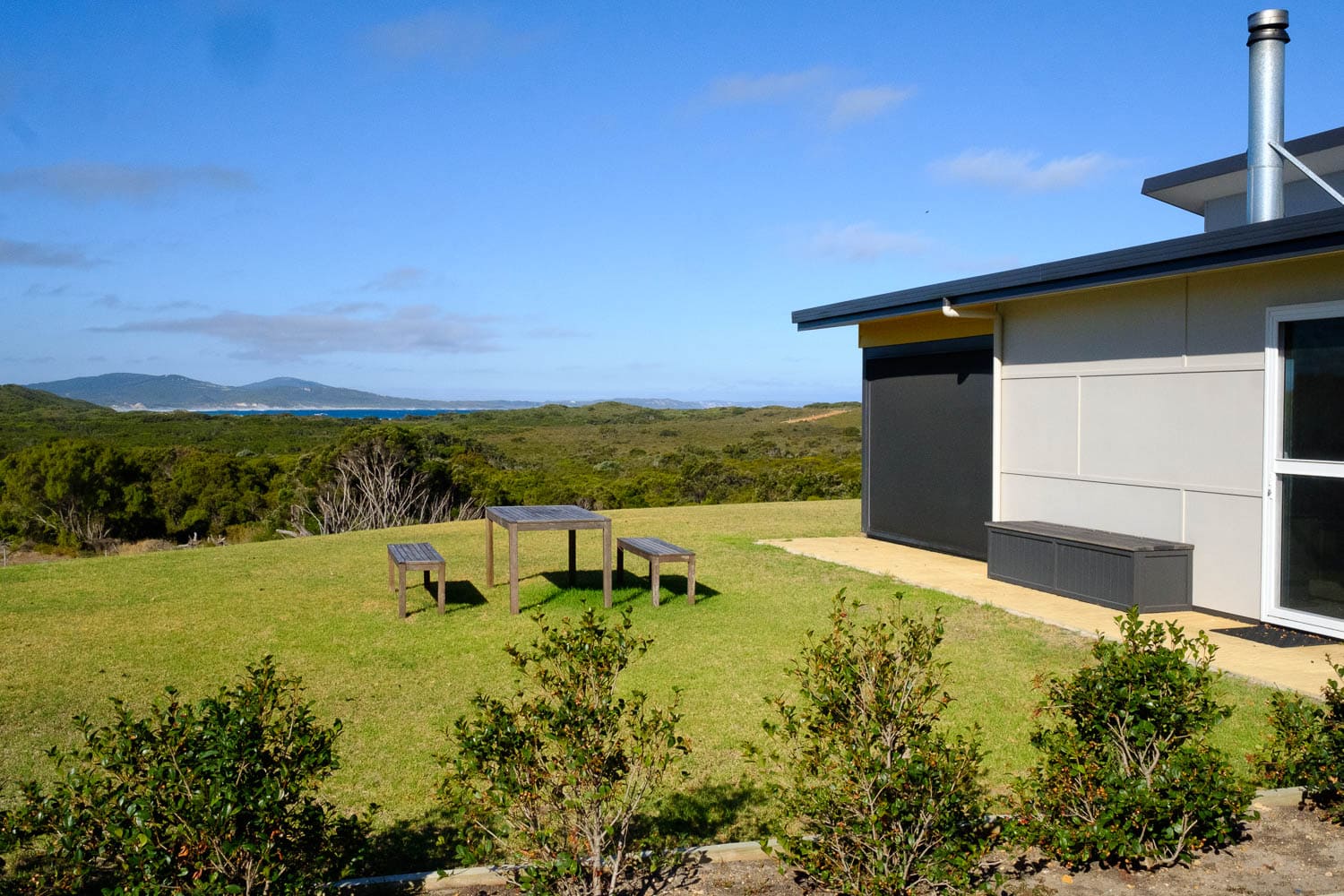 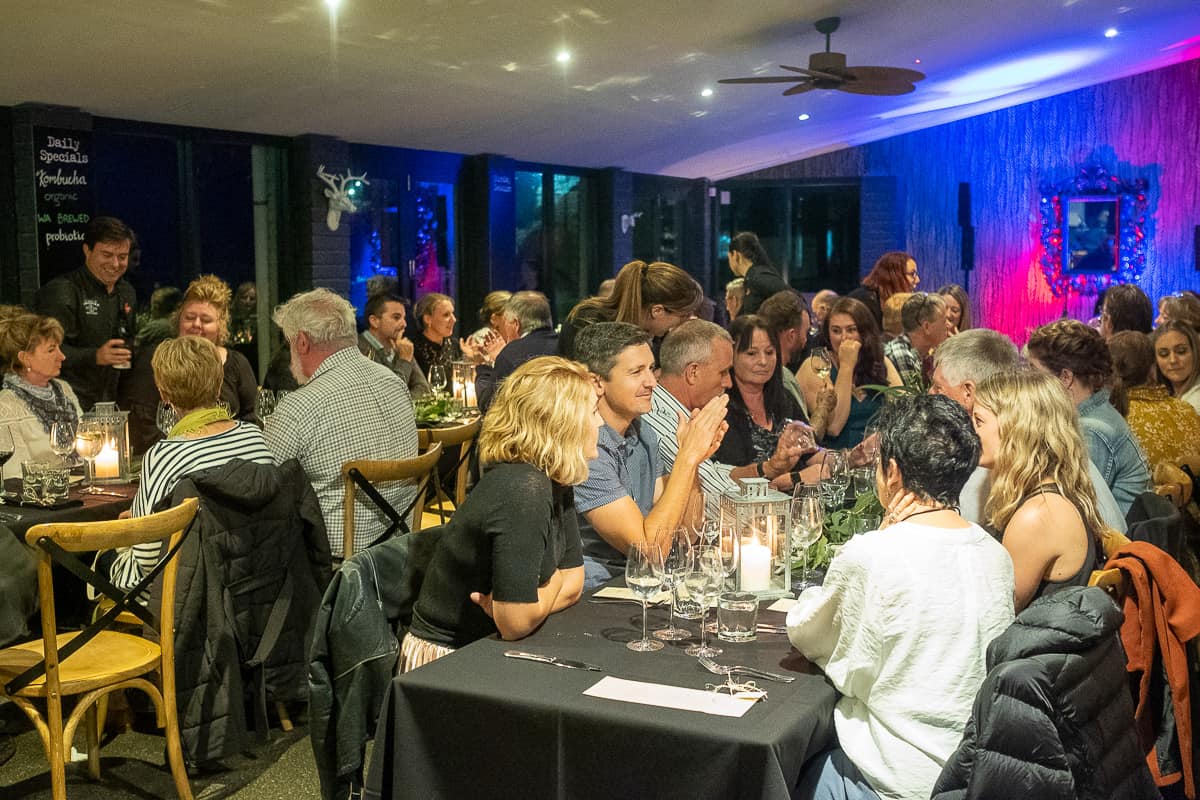 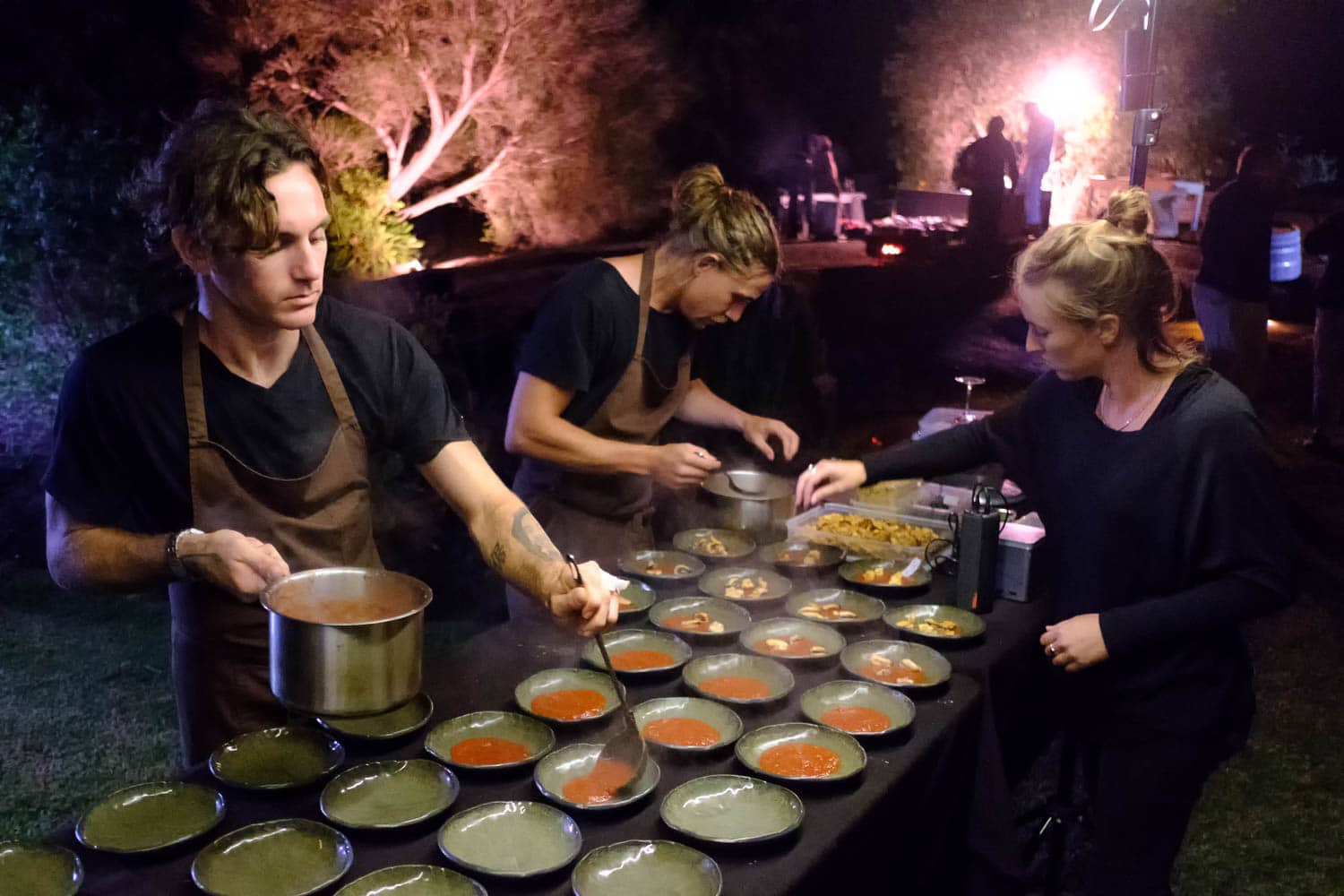