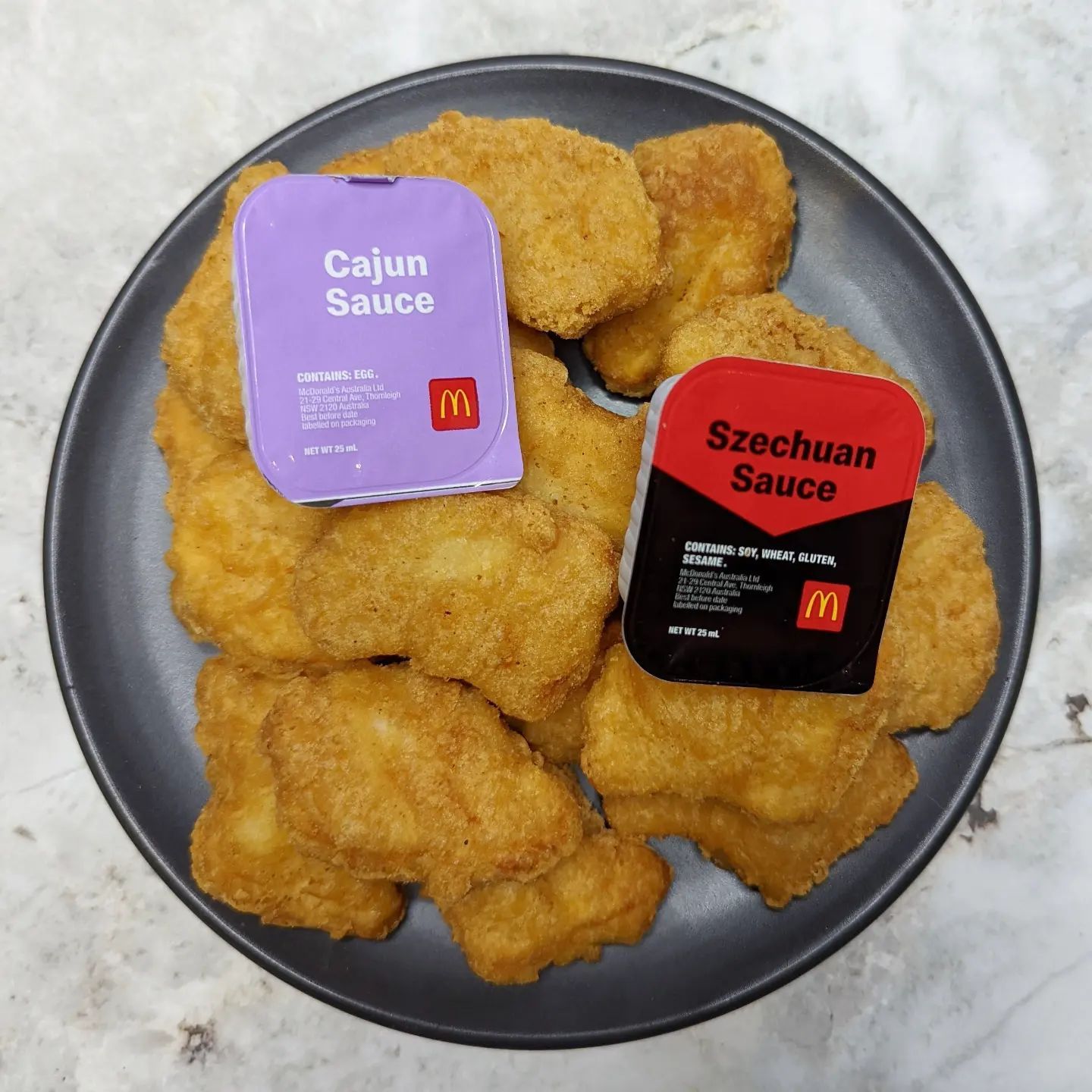 Alongside mozzarella sticks, creme brulee pie / McFlurry and that double Angus thingy, this week sees the first of two super-limited drops from McDonald’s – Cajun and the (in)famous Szechuan sauce.

They made quite the fuss about these but only briefly. You can’t get them via delivery, and they seem to be rationed in store. Despite my attempts to purchase additional ones, I only got one Szechuan (but multiple Cajun).

So how are they? The Cajun is hard to describe, kinda starts off like honey mustard with a peppery kick but ends…differently. A cross between honey mustard and Big Mac sauce was the best I could come up with. Meh.

The Szechuan is relatively thin with an overriding flavour of sesame (swipe for pics). Needs sweetness and heat. Maybe it’s unusual flavours in the USA but I don’t see the fuss. Probably wouldn’t do again, actually.