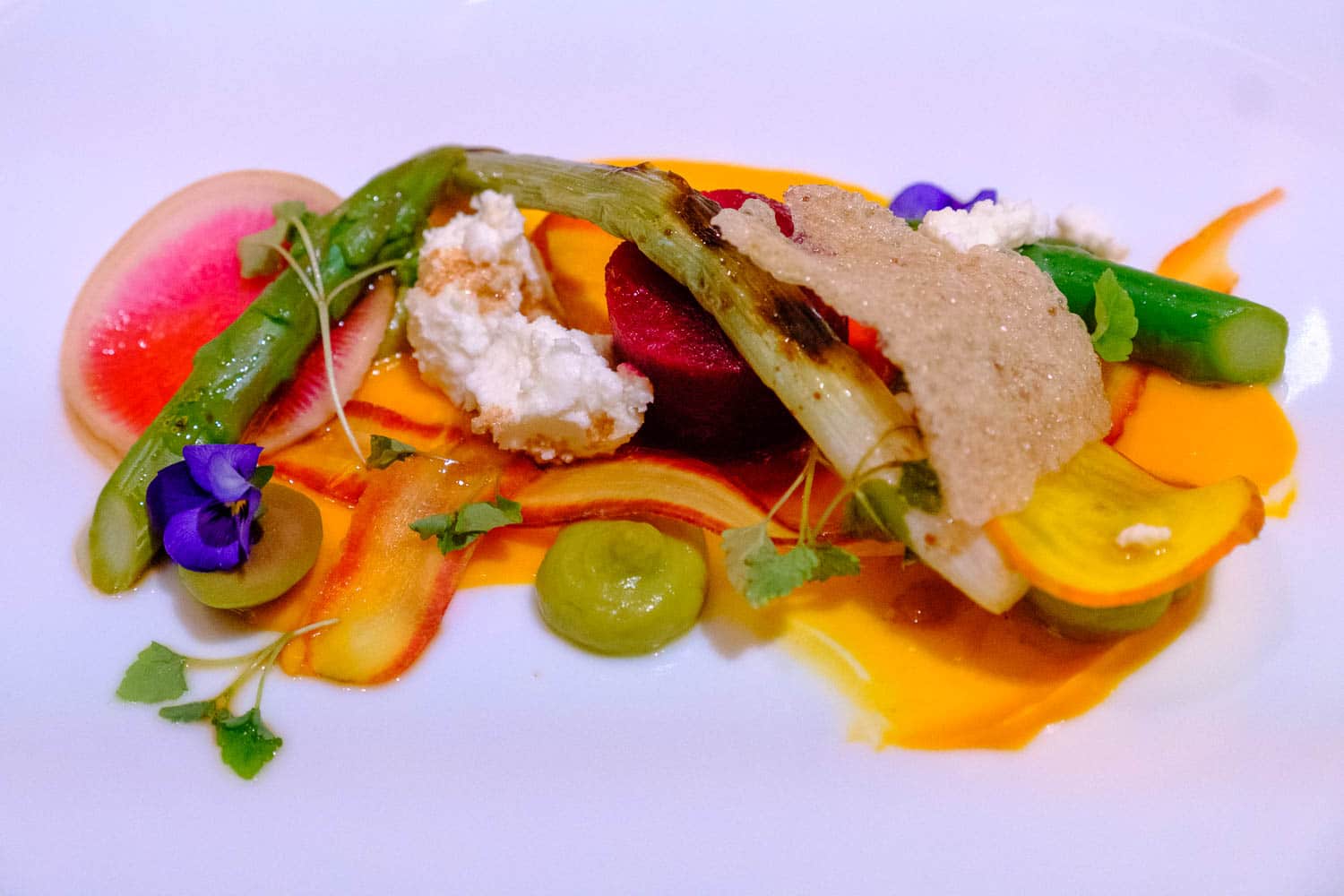 Last Friday saw 920 members of the Perth business community join together in the Crown Towers Ballroom for Perth’s Longest Lunch, an annual fund-raising event for local aged care and disability services provider Brightwater. I attended the event last year, and was once again fortunate enough to be invited.

The event’s major sponsor was Crown Perth, alongside Mills Wilson as Communications Partner and Rare as Design Sponsor.

This year’s menu was created by Crown Towers Executive Chef Sean Marco, focused around the produce of Western Australia’s Southern Forests. Each course was paired with an outstanding WA wine.

Shane Jacobson returned as MC. Always an entertaining host, he kept the crowd amused and under control when necessary, but didn’t overstay his welcome. He featured in plenty of selfies during the afternoon.

The amuse of olive oil poached Southern Forests marron, persimmon, finger lime and cucumber was served in the foyer before lunch-proper began.

This rather decadent and delightful bite was served with Sitella Grand Vintage 2012 Sparkling.

This dish was accompanied by a Heydon Estate 2013 Chardonnay.

Auction items for those with plenty to spend – most went for over $20K – included a trip to Mount Everest Base Camp, business class flights anywhere in the world from Qatar Airways and a luxury Mediterranean cruise. An Audi A1 was also raffled off at $100 a ticket.

Door prices included a stay at Crown Towers, a diamond bracelet from Brinkhaus Jewellers and a Magnum of Heydon Estate chardonnay. Alas, I went home empty handed, but with a very full belly.

This course was paired with Houghton Small Batch Rojo Grande.

Dessert was a chocolate sphere with roasted hazelnut and fig ice cream.

Presumably the intention was for the sphere to be melted by hot chocolate dispensed by the serving staff, although – as you can see – we needed a lot more for the desired effect. Even so, this was the best course of the day. The sphere contained layers of biscuity chocolately goodness which combined nicely with the hazelnut and intense raspberry dotted around the plate.

This course demanded a dessert wine, and we were treated to a super-sweet Talijancich Swan Valley Liquer Verdelho.

A variety of musical entertainment was provided to keep the afternoon rolling, from X Factor duo Jess and Matt to local party band PROOF and some slightly more cultured offerings.

The cheese course was served individually, and was another attractive plate of food. Featuring Camembray, Blackwood Blue, pear, vanilla, port and pickled apricots, my only complaint was the need for more crackers 🙂

The wine this time was a Leeuwin Estate 2012 Art Series Cabernet Sauvignon.

To finish was a box of handmade chocolate truffles…and yes, that box was made of chocolate and completely edible. Brilliant.

And there you have it – six courses and an impressive $230,000 raised for charity later.

The event had a different feel to last year, with less intrusion from the music and better lighting making it easier to relax and talk to the people around you. The food was also better than last year. Six hours may sound like a long time, although it flew by and I had a most enjoyable afternoon!

See more photos from the event below. Thanks once again to Mills Wilson and DG Global for my invitation to the lunch. 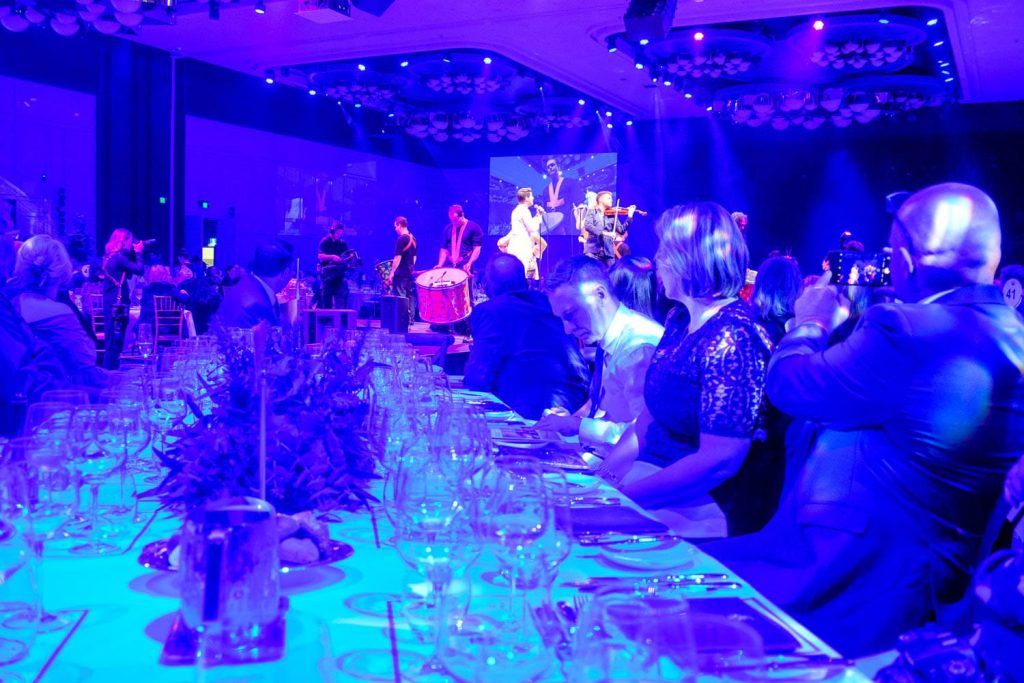 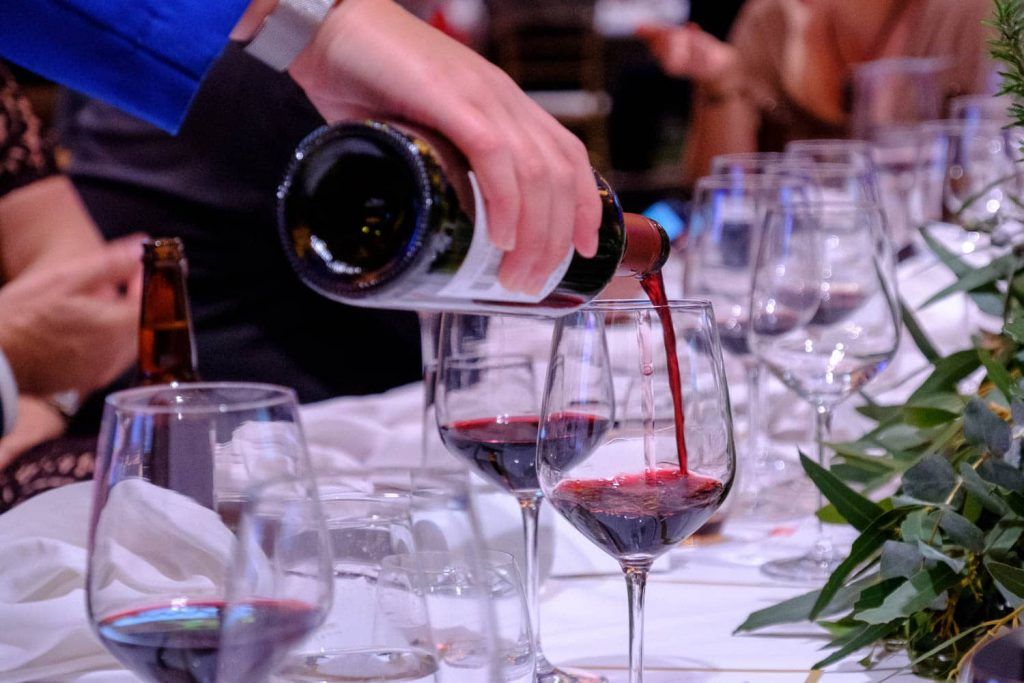 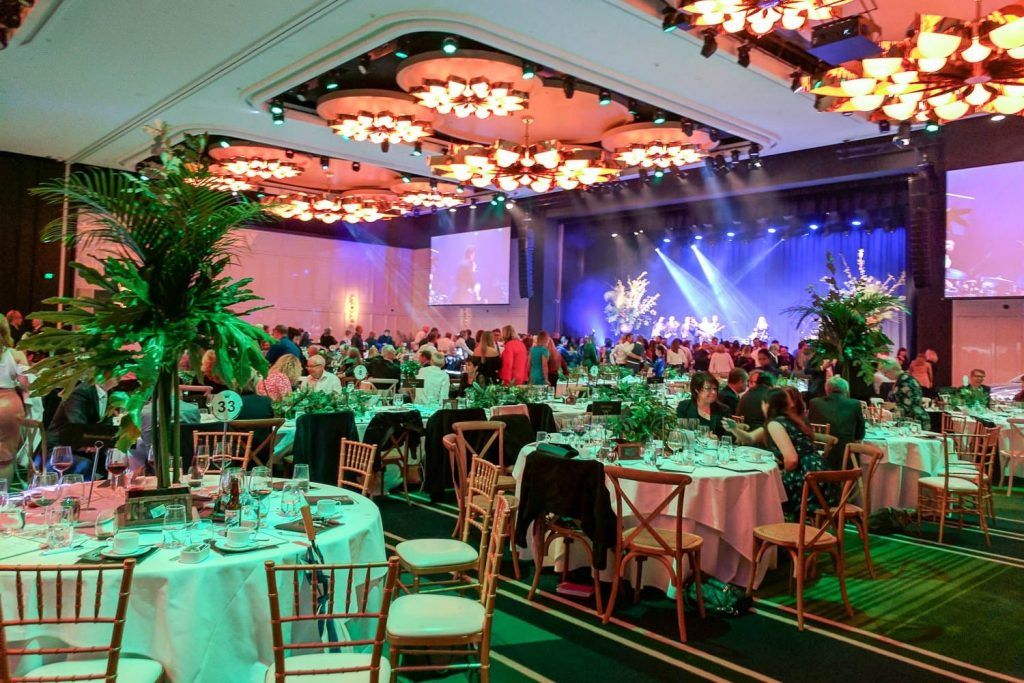 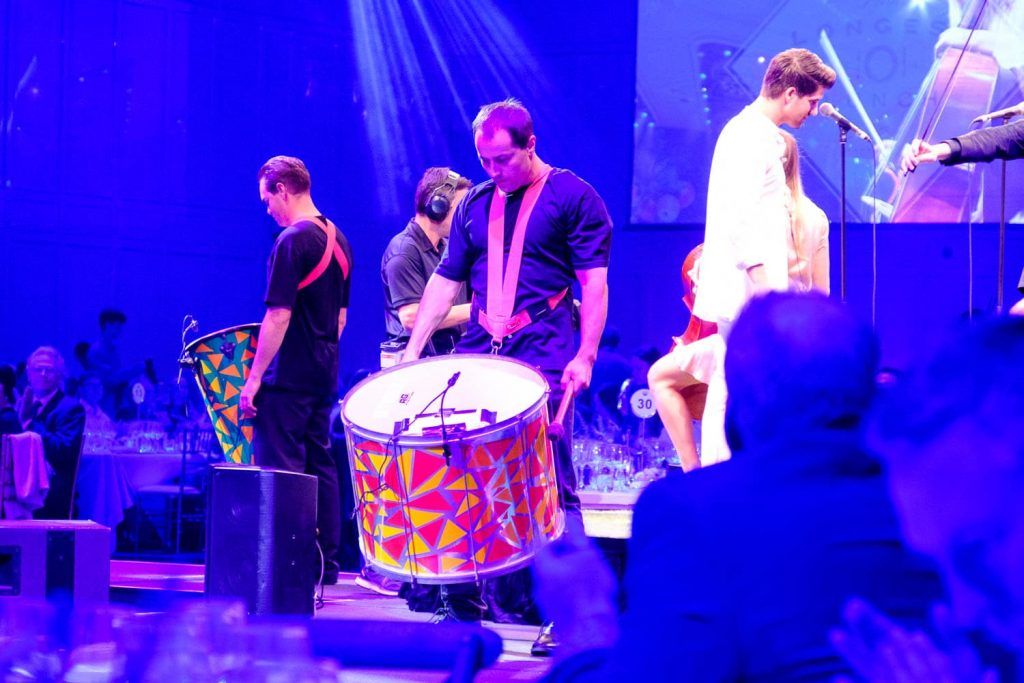 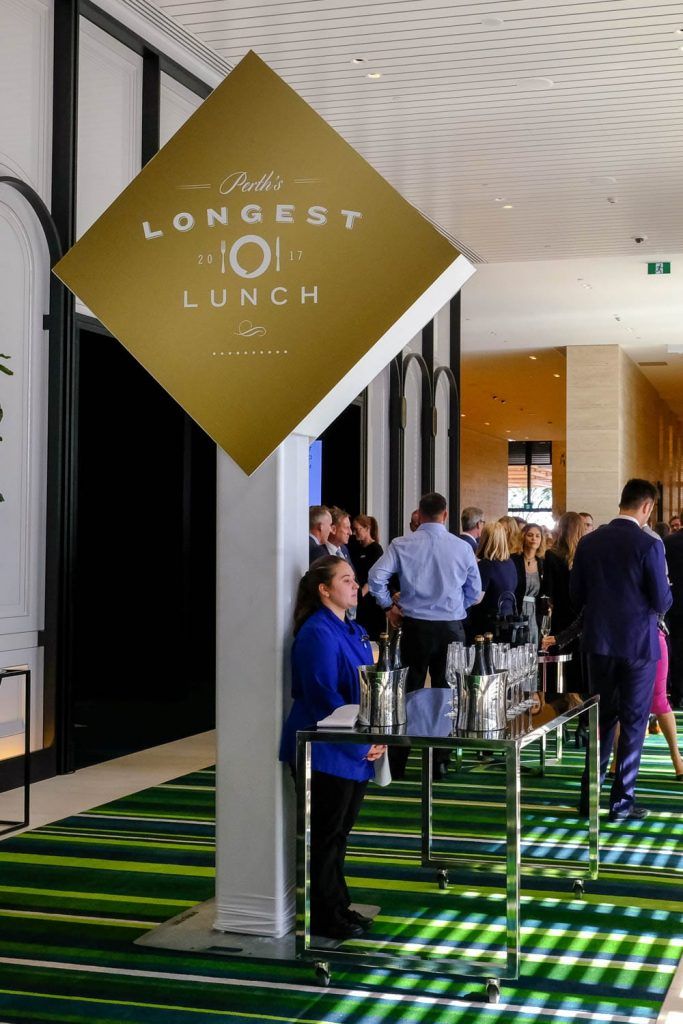 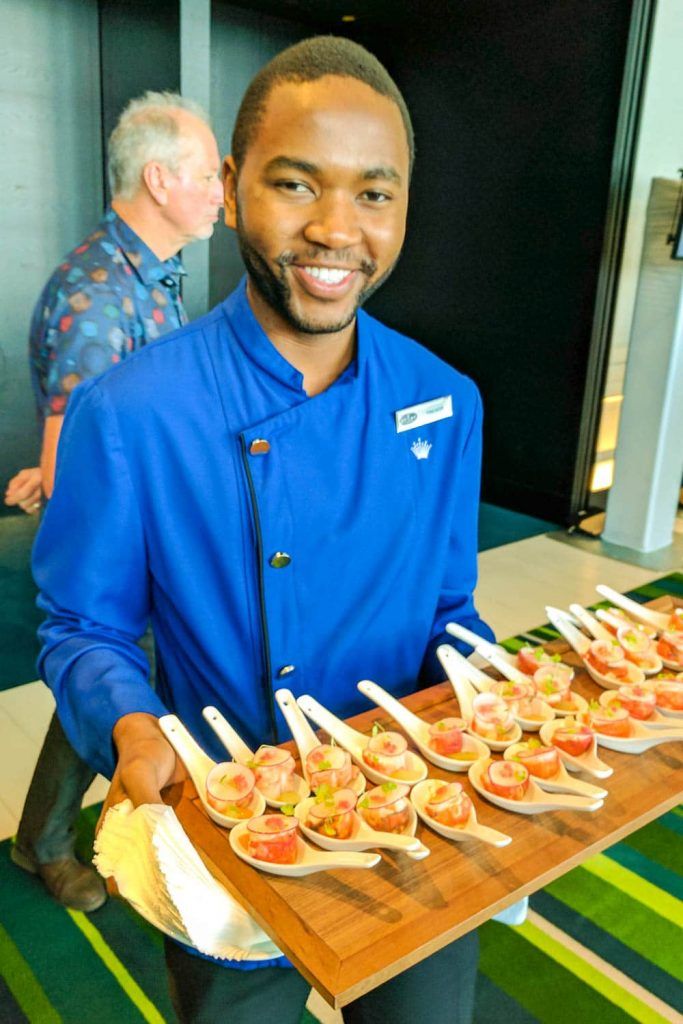 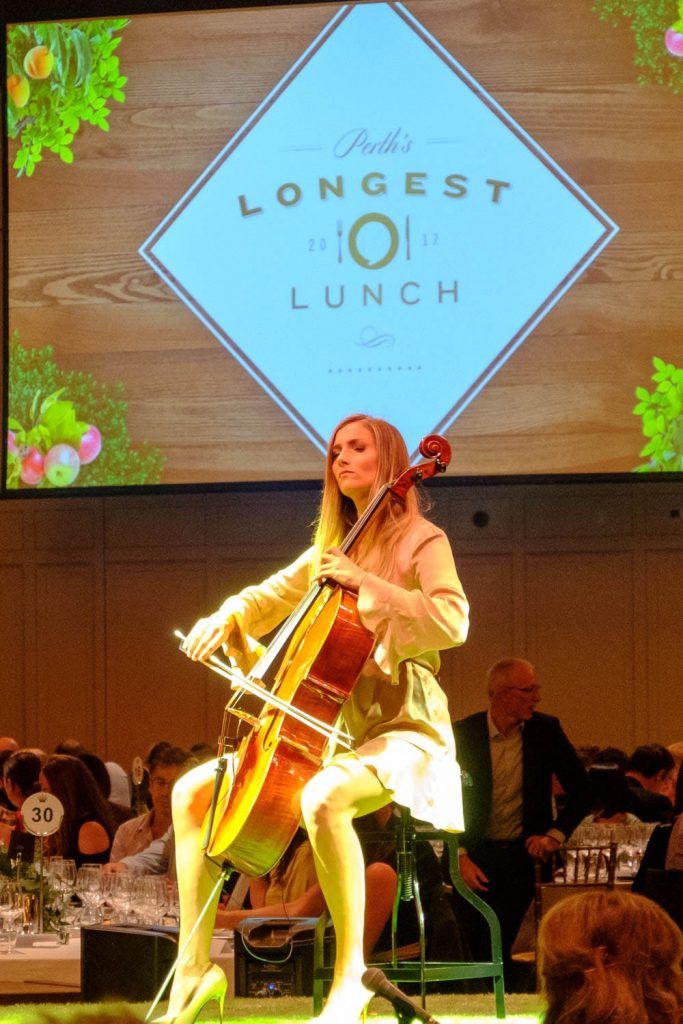 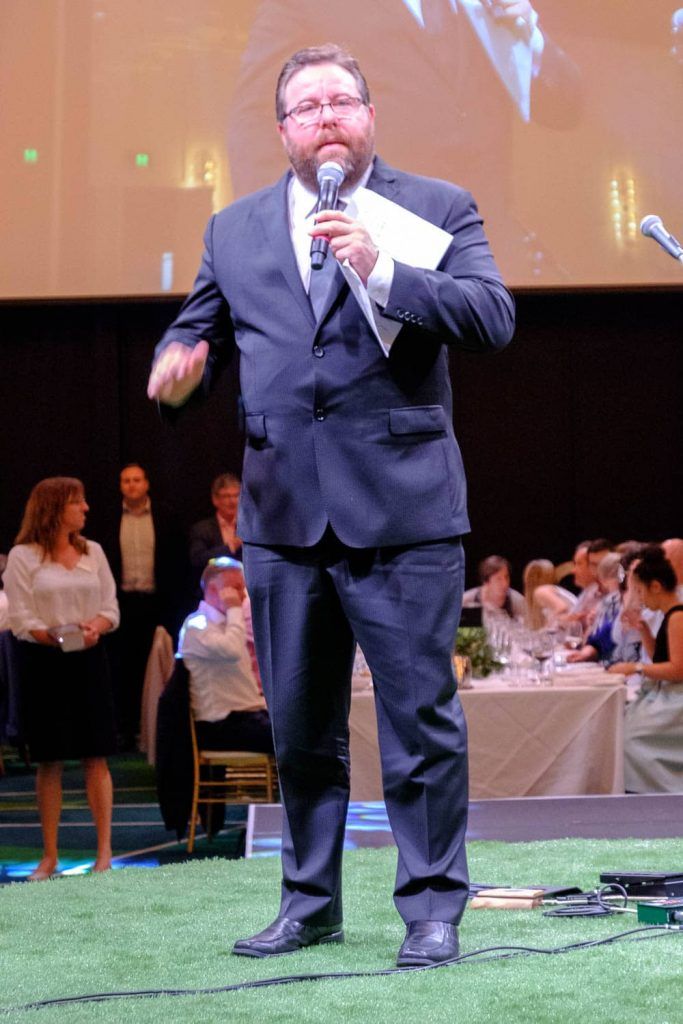 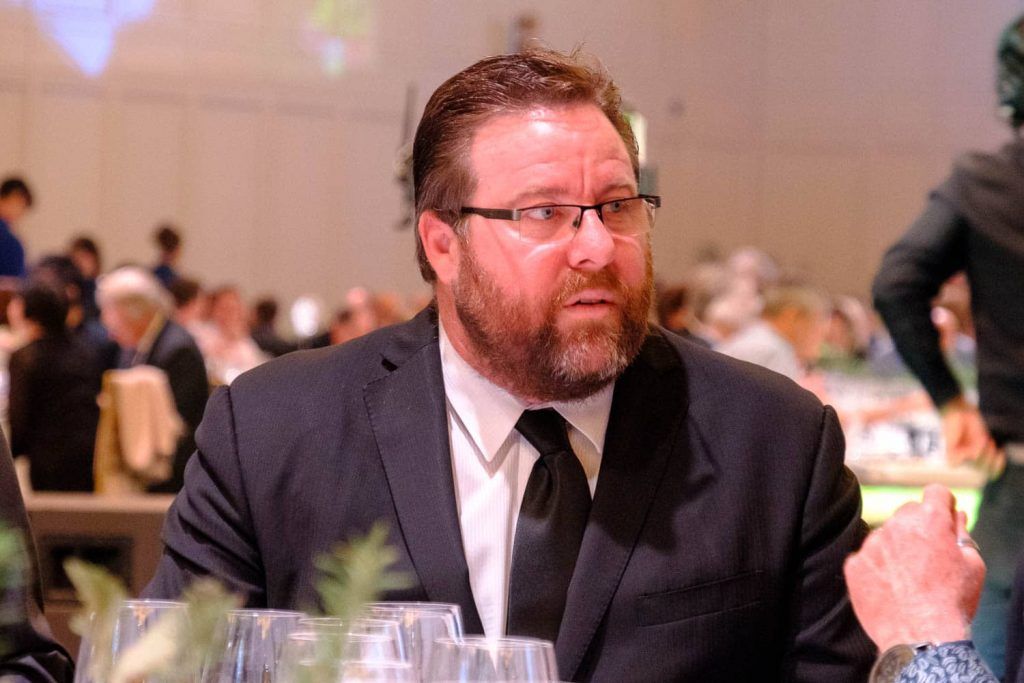 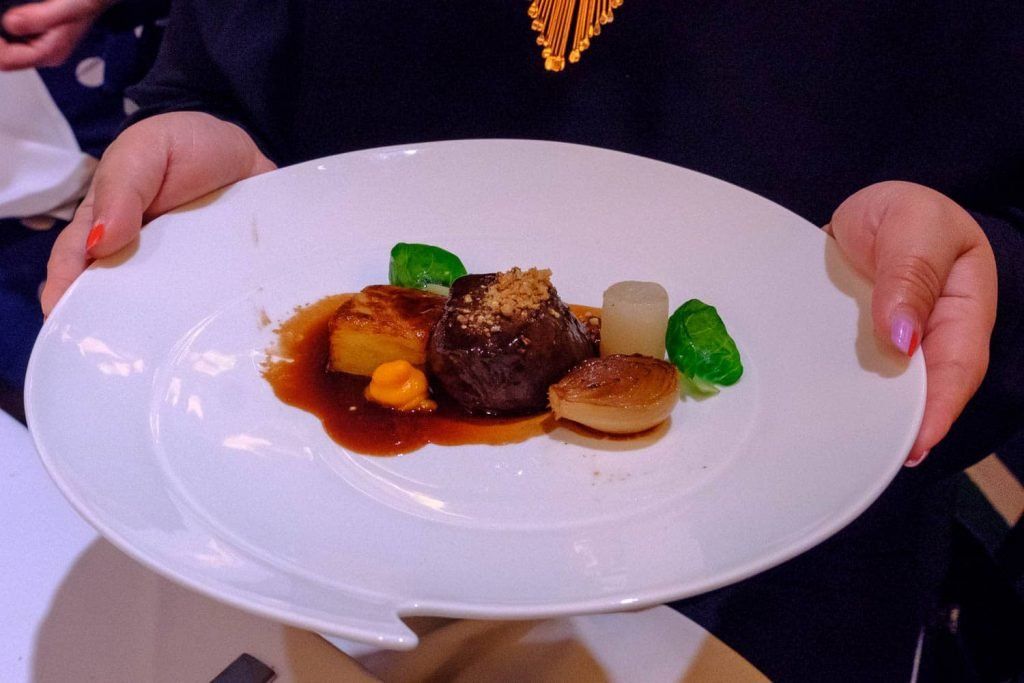 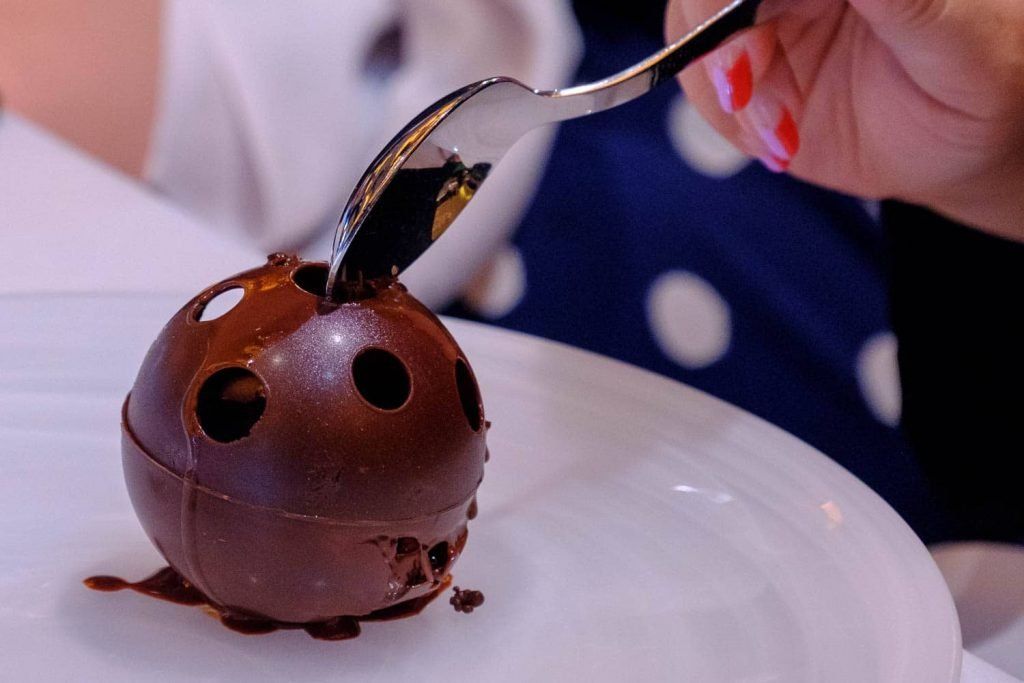 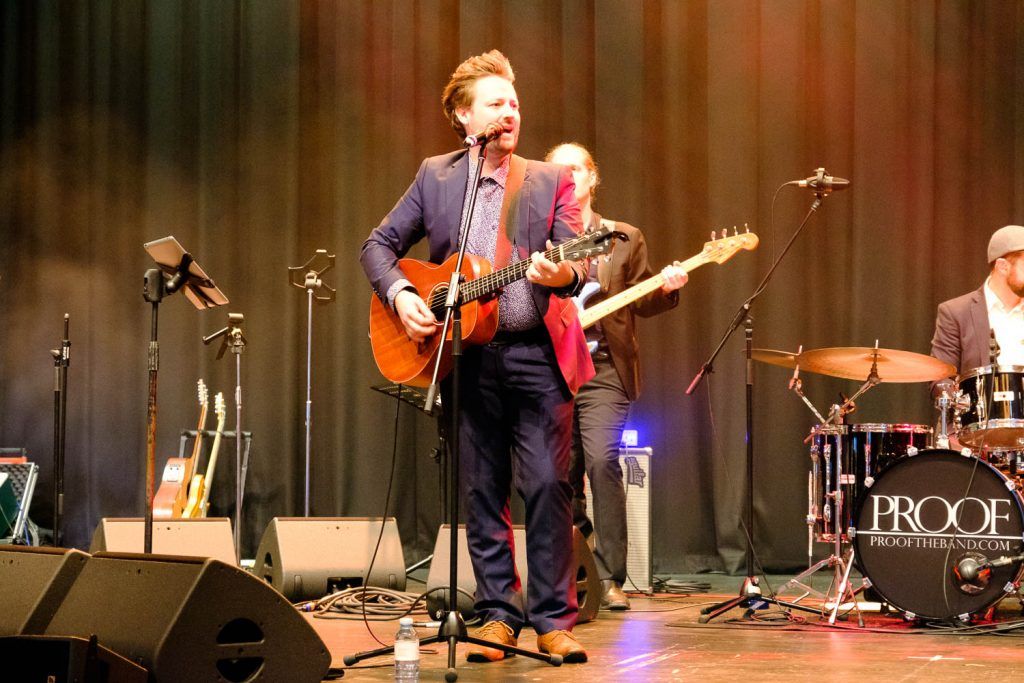 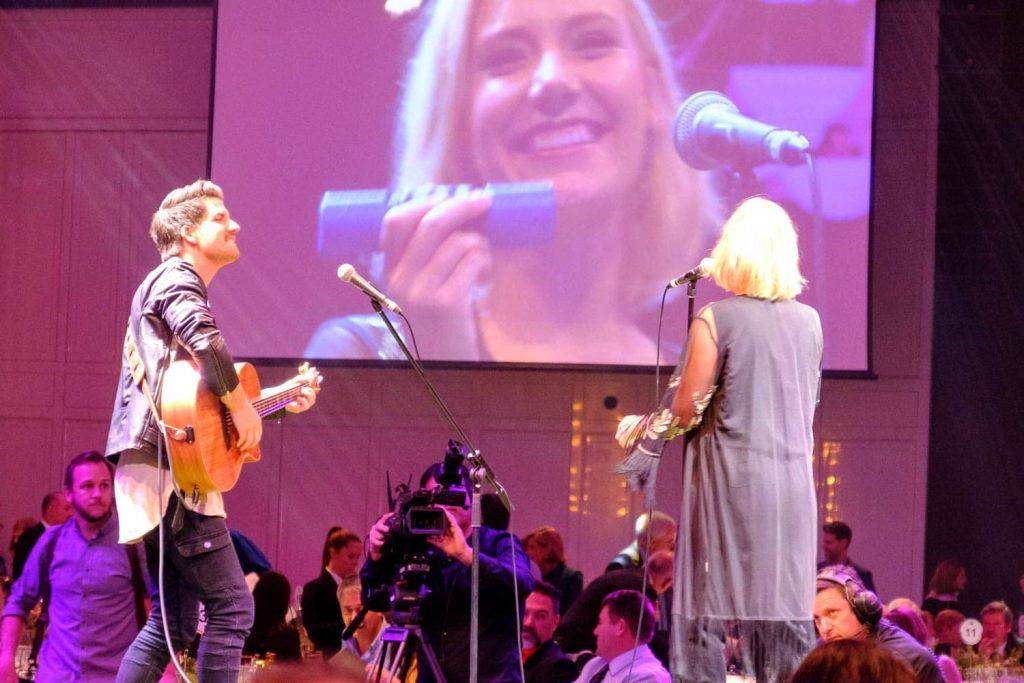 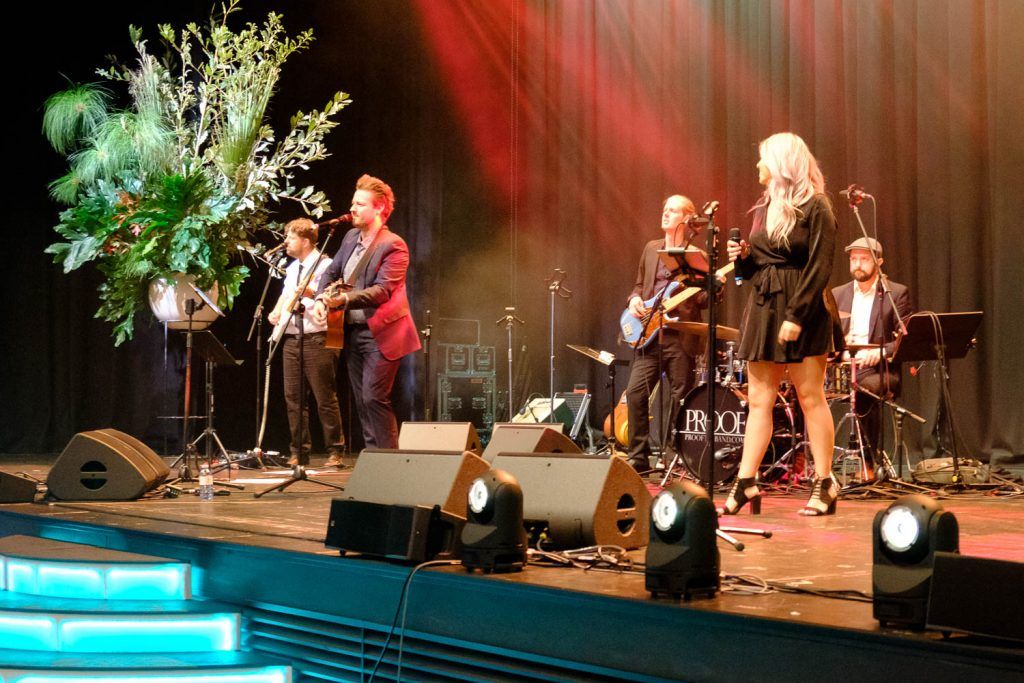 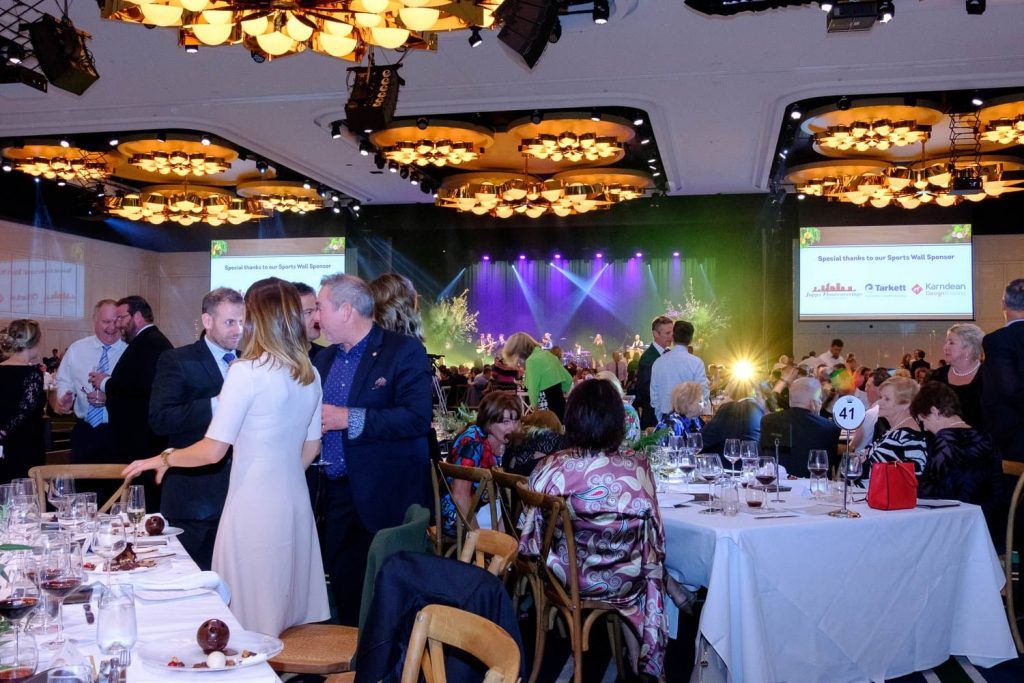 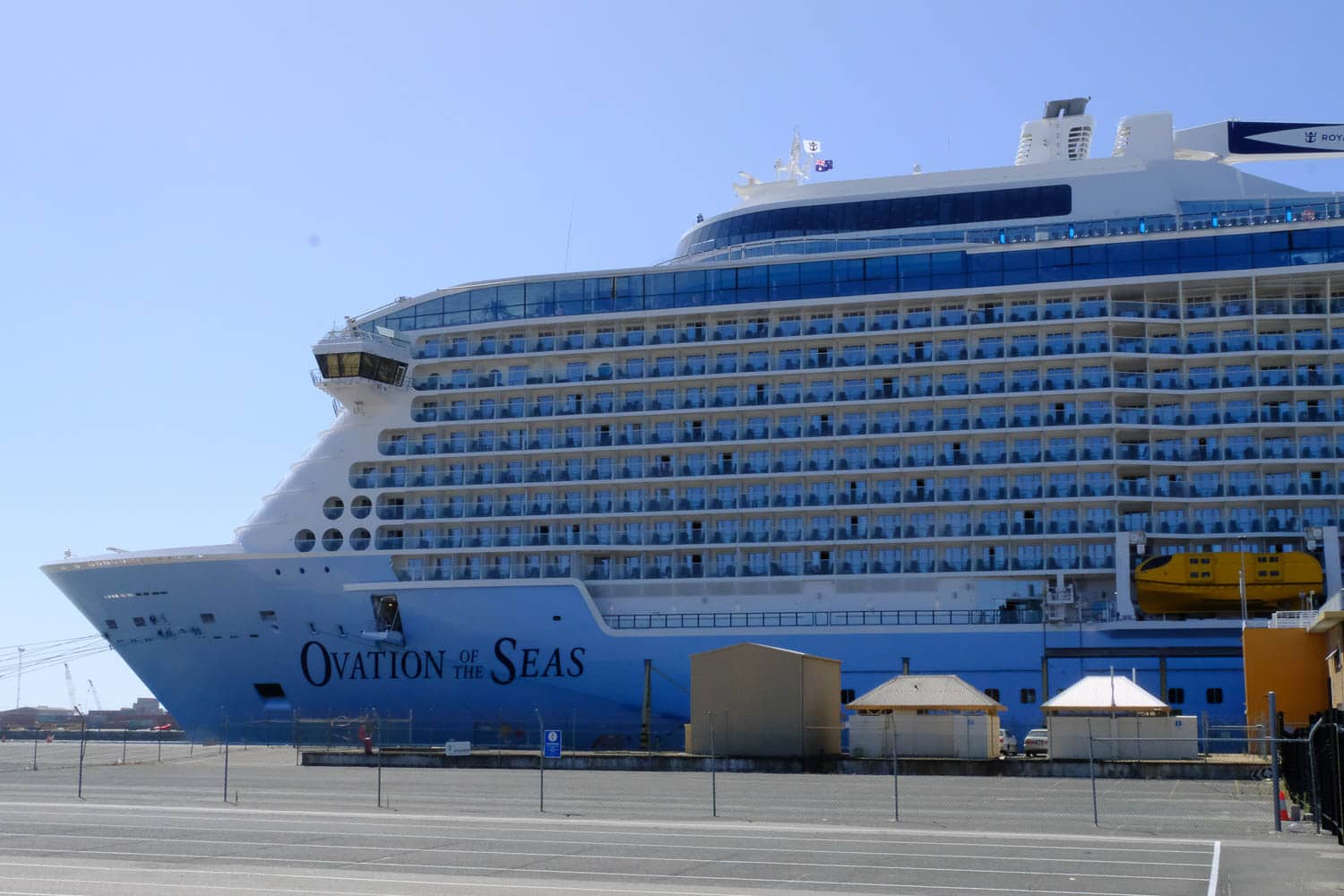 My day on board the Ovation of the Seas, the largest cruise ship ever to visit Australia 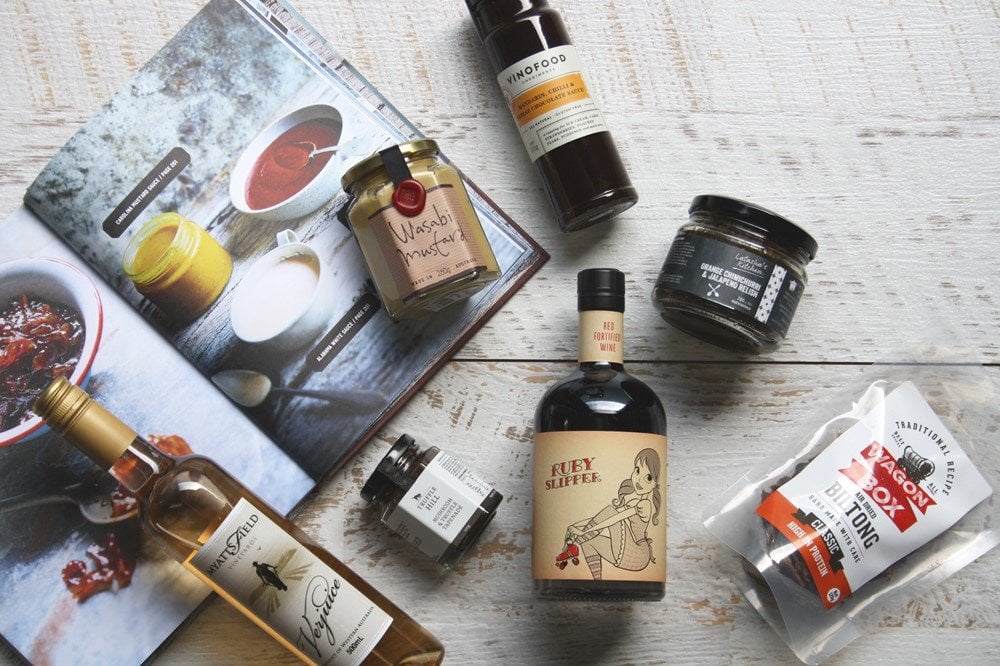