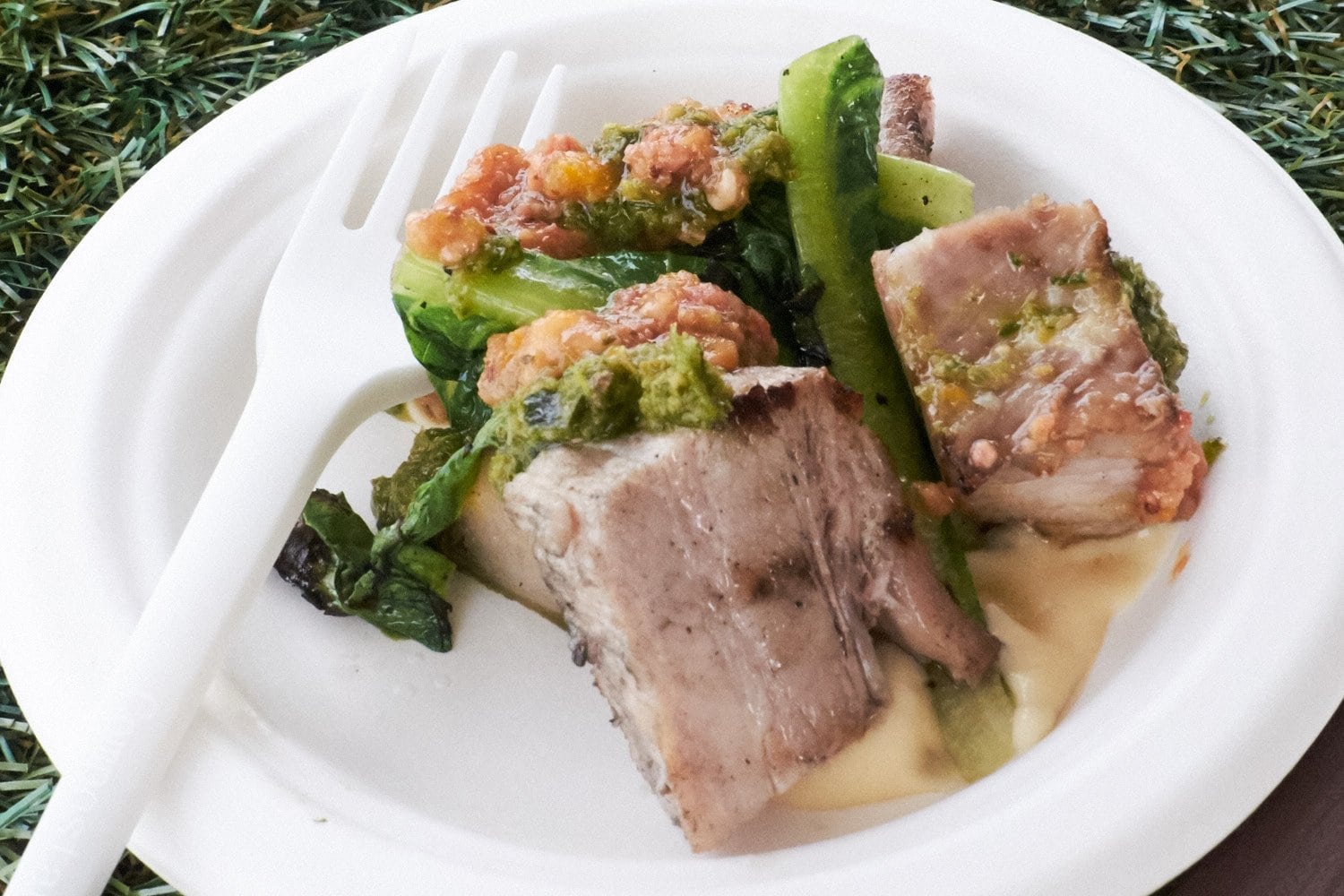 This year was my first return to the Margaret River Gourmet Escape since the inaugural event in 2012, and I was fortunate enough to be invited to the official “photo call” on Friday morning at Cape Lodge where the chefs and other festival guests were staying.

You may have seen another version of this shot – the “official” group photo was taken from a cherry-picker. All of the chefs had to walk through the group of photographers to get into position and it was hard not to be starstruck, especially with Marco Pierre White front and centre.

I wouldn’t want to get on the wrong side of these two. I was scheduled to meet with Richard Turner, Executive Chef of London’s Hawksmoor, afterwards but unfortunately it didn’t happen – in hindsight, I might have had a lucky escape!

Marco being Marco, which he does spectacularly well.

Ashley Palmer-Watts (centre), Head Chef of Dinner by Heston Blumenthal in London, was one of the main draw-cards of the festival.

After the final shot was taken.

I was also asked if I would like to conduct some interviews, which was a terrifying prospect as I’ve never interviewed anyone before.

I was even more terrified when I learnt that the interviews would be fifteen minutes long, worrying that I would turn into a babbling mess and / or run out of things to say. The interviews were held in the Cape Lodge restaurant, which looks out onto the horrible view above.

I was asked to provide a list of who I would like to interview, but only found out who I was allocated on Thursday morning so didn’t have long to prepare – things went from bad to worse when I was told that two of my three weren’t going to be available (Richard Turner and Adriano Zumbo), and that I would be thrown in at the deep end with some other chefs. But more of that in future posts…

One of the chefs I spoke with was Michael Elfwing, Executive Chef of Cape Lodge. Like everyone else I met he was very friendly, and surprisingly relaxed about his unenviable job of feeding all the other chefs!

Still to come: the Gourmet Village, Feast in the Forest dinner and my one-on-one interviews with James Viles, Matt Stone and Daniel Wilson.