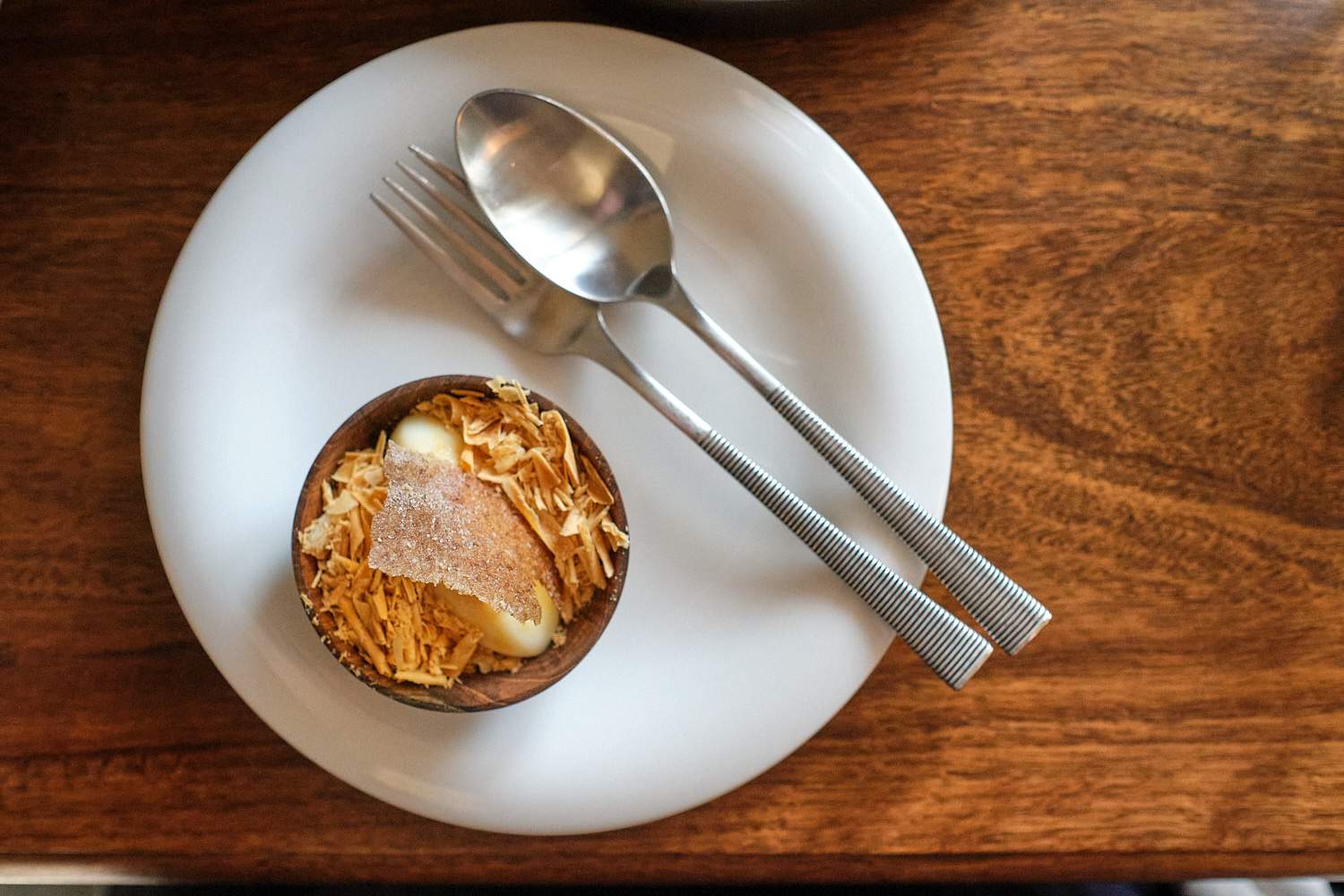 Fine diner Fleur opened in recently refurbished CBD hotel The Royal in January, impressing with its sophisticated Japanese-inspired menu. Executive chef Chase Weber had intended to launch a high-tea service soon after, but the plan was delayed by the Covid-19 shutdown. It finally launched on the weekend, featuring a selection of savoury and sweet bites, with Fleur’s signature flavour combinations and detailed presentation.

“We wanted to elevate high tea to what it should be,” says Weber, who’s also responsible for The Royal’s sister venue, The Standard. “High tea around Asia and Singapore is immaculate, in Perth it’s just slapping some scones and finger sandwiches on a tray. We’ve taken what we do and converted it into high tea with interesting flavours and different ideas.”

Fleur’s high tea is more accessible than its dinner menu, but it’s still non-traditional. Instead of the usual egg-and-cucumber sandwiches, you might find kimchi arancini with cured egg yolk, or a surprisingly decadent mortadella finger sandwich. A spin on The Royal’s hard-to-fault corn bread (Weber’s favourite dish) also makes an appearance, elevated with whipped soft cheese and Manjimup truffle.

“We wanted to make it really approachable,” says Weber. “The menu’s not going to stay the same, we’re going to tweak things a little bit. One week we might have a beetroot tartlet, the next a salmon caviar tartlet. We’ll do subtle changes each week but keep the format the same.”

Those with a sweet tooth are in for a treat: the palate cleanser of lilly-pilly ice is followed by an impressive selection of desserts, including a bay leaf and white chocolate mousse, a lemon-myrtle meringue pie and some delicate petit fours.

Fleur’s comprehensive drinks list is available too, along with plunger coffee and iced tea infused with hibiscus, blood lime and yuzu.

High tea is served in two sittings on Saturday afternoons (at 12pm and 2.30pm). Tickets are $65 per person, not including drinks. Bookings are essential and can be made online.

The original article can be seen on Broadsheet here.