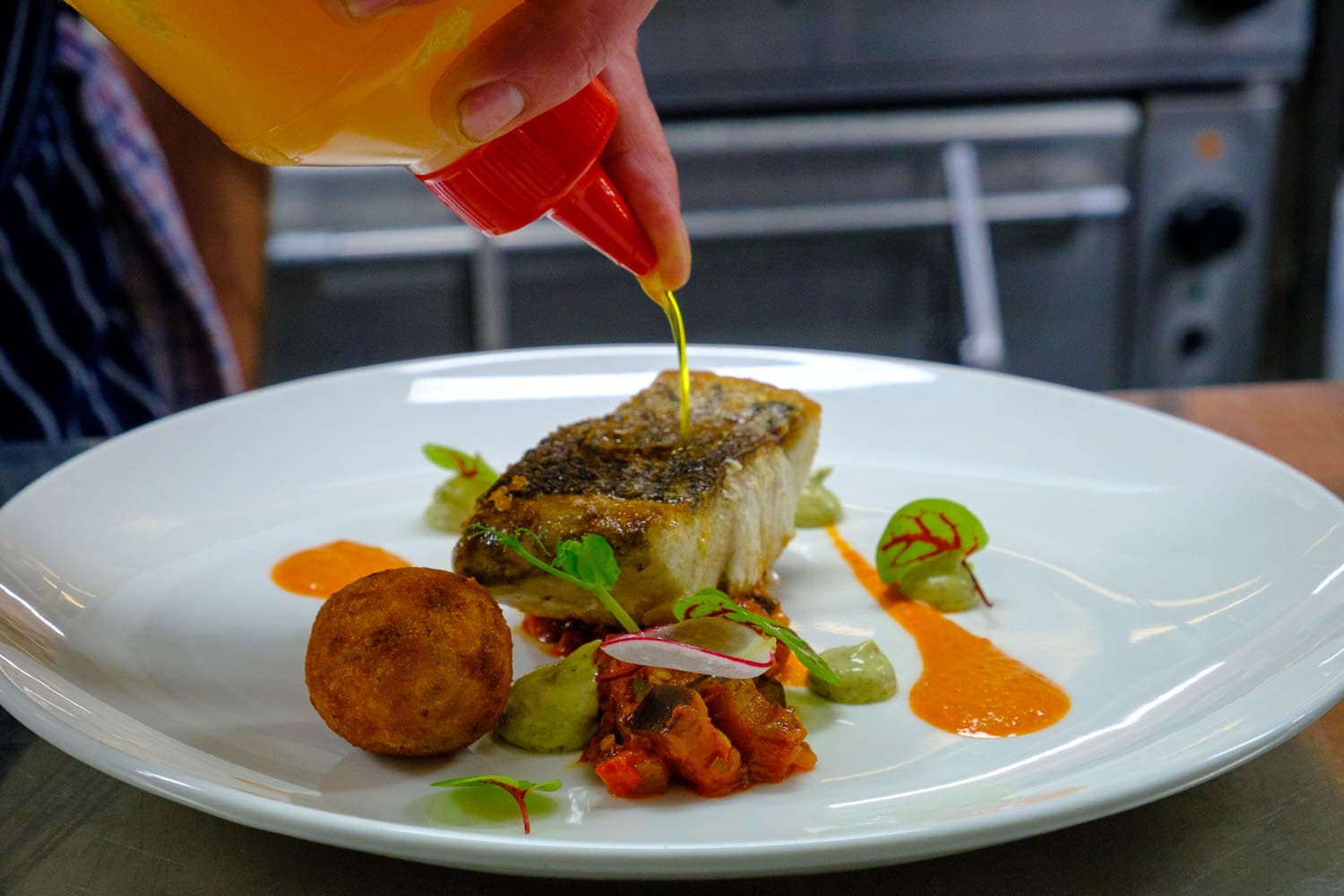 My recent stay at Pullman Bunker Bay included a visit to the resort’s restaurant, Other Side of The Moon, and time in the kitchen with Executive Chef Gilles England-Brassy. Classically trained Gilles joined the resort 18 months ago after seven years running his own business in the small south-west town of Prevelley.

Before heading behind the scenes, I sat down with Gilles for a quick Q&A to learn about his background and inspiration for the restaurant’s new winter menu.

Gilles: I trained in France and was lucky to work with Guy Savoy, at the time it was two Michelin Star. I also worked for Jacques Cagna under two different chefs, in one restaurant that was two Michelin star and La Rôtisserie across the road which was more of a bistro. The year and a bit I spent in Paris was ten years of knowledge concentrated into one. When you’re 19, you’re a bit cocky and think that you know everything but you are reminded of your place so many times.

Morsels: How did this time define your cooking style?

Gilles:  I was lucky enough to see many different styles and decided what I like. Call me old style, but I’d rather have something on the plate where you’re going to have all the flavours. If you ask me to do some molecular thing, I will look at you and say that’s not for me.

Morsels: What brought you to Margaret River?

Gilles: Not just the view! After spending roughly 15 years in England, I arrived in Perth and loved it. The culture is great but I was too far away from the green so I landed in the south-west. I was introduced to some really good people when I came down here, and was amazed at the produce. When I was in Perth, most of the produce was coming from the south-west; not just Margaret River but Bridgetown, Denmark, Manjimup and beautiful apples from Nannup. I thought why would I want to be in the city when I’ve got everything on my doorstep?

Morsels: How has the region changed?

Gilles: If you look at Margaret River, you see many different stores that were not there five, six, ten years ago. There are more tourists and everybody is doing their best to capture the market. For those of us working in hospitality, the more competition the better. I think that competition is healthy. It keeps us on our toes, brings better value for money on produce and helps to maintain a certain level. Busselton is booming right now, it’s really expanded in the last two years.

Morsels: How has the Gourmet Escape impacted the region?

Gilles: Different eyes will measure it differently, but I think it has put Margaret River on the map worldwide. I think involving so many different celebrity chefs at the start boosted it from what it could have been to a much higher level.

Morsels: How did you develop the restaurant’s new winter menu?

Gilles: I took over from the previous Executive Chef and started with a clean slate. Different person, different style of cooking to a certain extent. I wanted to have a menu that reflects the region but also be uncomplicated; not that it’s simple with nothing on the plate, but more that the flavours are there. What you order is what you get, you’re not going to get a surprise.

Heading into the kitchen, the first dish Gilles prepared was a beautiful edible garden, layering gribiche (mayonnaise-style egg sauce), dehydrated olive soil and a variety of cooked & raw vegetables. The assembled garden was then smoked and sealed.

Next was Cone-Bay barramundi from the restaurant’s main menu, accompanied by ratatouille, olive oil, capsicum emulsion, chickpea arancini, horseradish and spinach aioli. It was a delight to watch the precise cooking and plating of this dish.

Pastry chef Romain Lassiaille also has experience in one and two Michelin starred kitchens. This in-development dish was his take on an After-Eight mint (and reminiscent of a Lion Bar, for English readers).

You can read more about Other Side of the Moon and see its menus here. Visit the Pullman Bunker Bay Resort’s website here for more information or to make a booking.

Disclaimer: My stay at the resort was on behalf of the Australian Good Food Guide and as a guest of Accor Hotels. You can read part 1 of my report on my stay here. 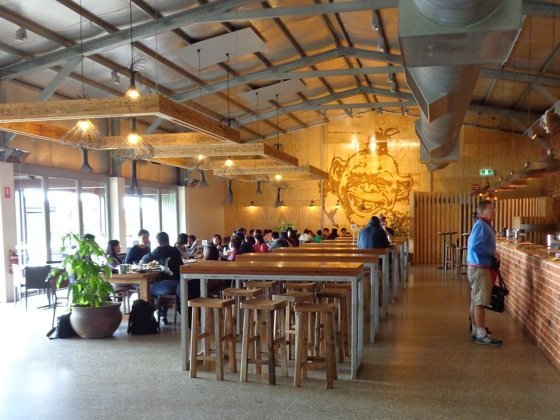